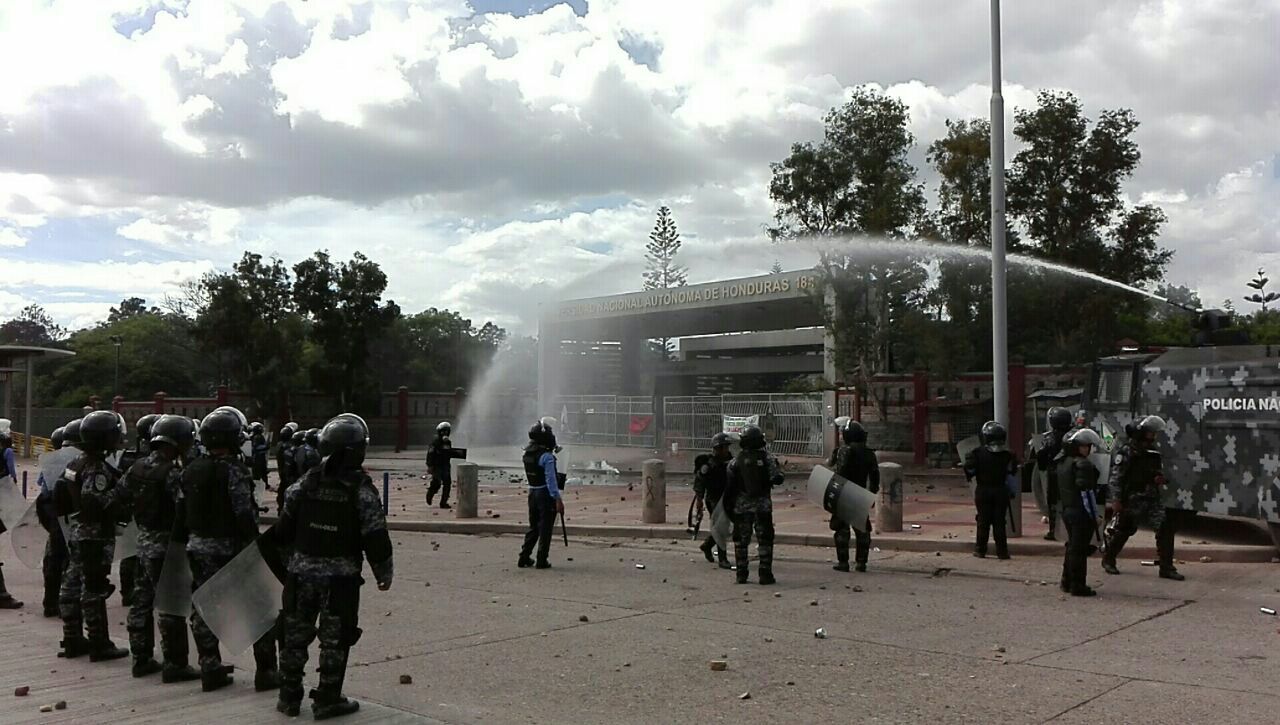 Attack experienced
Repression of social protest, Excessive use of force

THE FACTS – Early in the afternoon on Wednesday, August 17th, police officers violently cleared out the camp of a group of UNAH students who have been on hunger strike for more than 40 days.

The University Student Movement (MEU) had called for a “Wednesday of Flowers,” which consisted of placing flowers at the base of the statue of the Virgin of Suyapa, as a sign of their rejection of violence. Just as they went out to do this, however, the students found that the police were waiting for them. They were brutally repressed with measures including tear gas, which has aggravated the health problems experienced by the hunger strikers.

As a consequence of the repression, several students including two women were taken to the hospital with several different injuries.

It’s important to remember that the students started the hunger strike in their struggle to attain quality públic education and an end to the criminalization of their comrades, among other demands.

IM-Defensoras and the National Network of Women Human Rights Defenders in Honduras condemn these acts and demand that UNAH authorities and the government of Honduras guarantee the protection of the physical integrity of the students, as well as their right to protest.