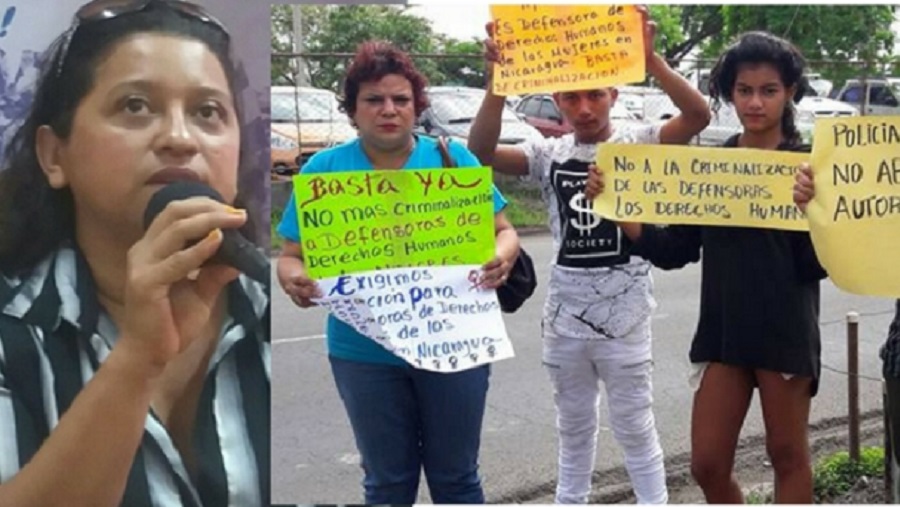 “On July 26th, 2017, the First Local Criminal Court Judge of the legal system issued an order resolving the acquittal of Aydil Urbina based on Article 76, Section 2 of the Criminal Procedure Code, due to the lack of further action by the police who accused her. Aydil has not yet received official notification, which is awaited in order to request certification of the sentence in case of a future decision to renew the criminal proceedings.”

Defender Aydil Urbina was accused by the National Police last May 24, 2017, of the alleged offense of interfering with authorities, based on Article 532 of the Penal Code. The first hearing, held on June 20, 2017, was suspended because the plaintiff arrived without legal representation. The hearing was rescheduled for July 6, 2017.

Felicita recognized the courage shown by Aydil, who from the very first, maintained her innocence. In a statement, she explained the following:

…”Just before her first hearing was about to begin, Aydil displayed strength and firmness before the judge and the police accusing her, who wanted to broker a deal. Aydil said she would not make a deal because she was going to prove her innocence. She charged that the dossier was made up of prefabricated evidence due to the fact that she is a defender. She identified herself as a human rights defender of women and said that women’s movements are handling her case. At this point, the change in the attitude of the judge, who had initially spoken in a harsh voice to Aydil, was striking.”

Neither the judge nor the National Police plaintiff appeared at the rescheduled hearing. It was scheduled again, but without a specific date, with the argument that a notice would be sent by mail. This situation posed greater stress and uncertainty for Aydil.

Given the way events have taken place in this case, it can be stated that the acquittal of Aydil Urbina is an achievement of the timely organization and action by defenders who accompanied and suported her in an emergency.

Felicita, also underscored the importance of actions such as the CENIDH press conference held with other members of IN-Defensoras, the complaint filed with Intermal Affairs of the National Police, the complaint lodged with the Human Rights Ombudsman, and the demonstrations with banners and signs outside the Court Building as a way of supporting Aydil during her hearings.

It is important to note that Aydil was also supported by community women that she had previously accompanied in situations of violence; they were present from the time Aydil was first arressted at the police station in her neighborhood.

According to FUNDECOM, it is necessary to take up the case of Aydil Urbina once again to visibilize the criminalization of women defenders and set a precedent for actions taken by IN-Defensoras or for proposals made in these kinds of cases.

Photos: From the files of IND and Elia Margarita Palacios Jimenez/Axayacatl Masaya