#WHRDAlert GUATEMALA / Harrassment, threats and attempt on the life of Lesbia Artola 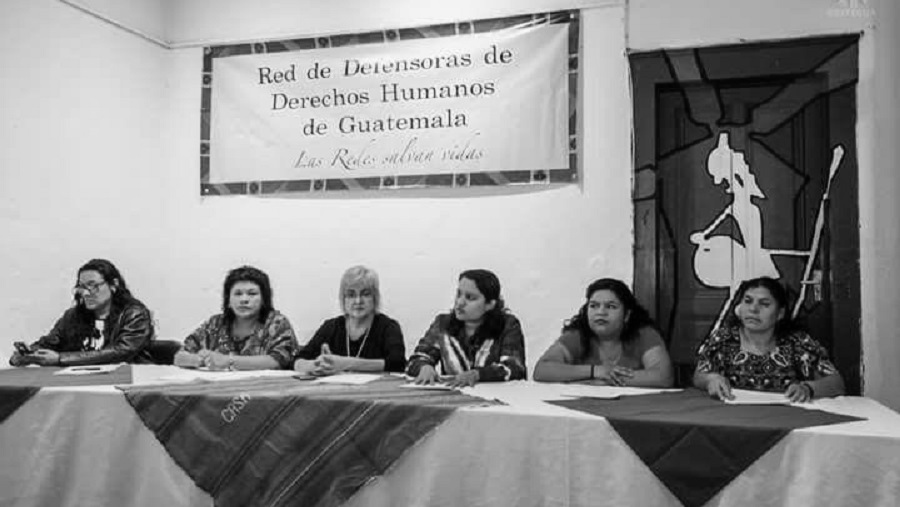 THE FACTS – On Monday, June 26th at 11:30 am, in the Nuevo Centro community, a meeting was held in which Lesbia Artola and Analy Noriega participated along with directors of twenty communities in solidarity with the community of Choctún, whose members face an illegal eviction. They recieved the land they are líving on in the 1990s, but the Land Fund now argues that the grant was a mistake. The lands are being claimed by the Chilté Cooperative. The aim of the meeting was to discuss strategies for continuing this process. Unexpectedly, the people at the meeting became targets of gunfire, but all came out unharmed.

That same day, when they were back at the CCDA offices, two men showed up to intimidate them and warn that the Chilté Cooperative would be the owners of the lands.

On Thursday, June 29th, at around 1:30 in the morning, eight unidentified armed men with their faces covered arrived at the offices of the Campesino Commitee of the Highlands in Cobán, Alta Verapaz. They banged on the door and pushed the gate, shouting threats against the CCDA members: “If you don’t open the door you won’t be able to report what’s happening… This is what you get for meddling and defending communities that love problems.” They were there for half an hour and then left in their vehicle. Famílies from different communities were sheltered in the offices.

Such attacks have become more severe after several different complaints were filed with the Public Prosecutor’s Office regarding death threats and violent evictions suffered by the CCDA communities in the region.

We demand that the authorities protect the lives and integrity of the women defenders and community members of the Campesino Committee of the Highlands.