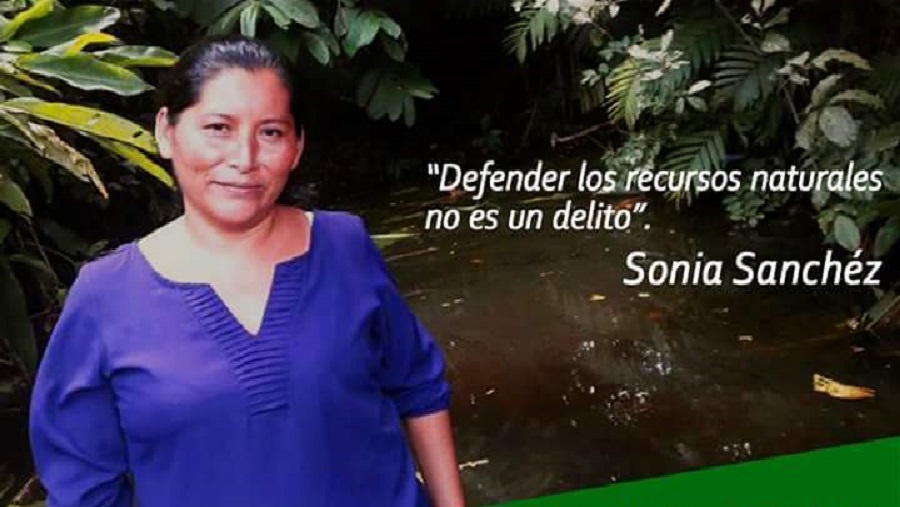 THE FACTS – In the early morning hours of June 7th, the residence of defender Sonia Sánchez was forcibly entered by members of the National Civil Police, who asked routine qüestions about the number of people líving in the house at the time and their gender. At no time was a search warrant produced, on the grounds that the property is not in the name of the defender.

With no argument other than an alleged mandate to carry out searches and investigations in the area, one of the agents suggested that the defender fortify the fence around the terrain where she and several family members have their homes, because the police had gotten in by simply jumping the fence with the help of a nearby tree.

One factor arousing the defender’s suspicion and concern that this action could be related to her work, is that even though several houses exist on the terrain and her residence is not at the beginning, but at the end, the police headed straight for her home.

Given this situation, the defender reported the incident to the Salvadoran Network of Women Defenders, as well as to other social and human rights organization with whom she works as allies in the defense of human rights.

Nevertheless, on the afternoon of June 29th, Sonia Sánchez’s home was broken into for the second time. For this reason, we are issuing an alert to visibilize our support for the defender and her family, and our recognition of her invaluable work in defense of human rights.

We remind all government institutions that Sonia, like other members of her organization, have held precautionary measures since August of 2015 due to their work as territorial defenders and defenders of common property.

We demand that the Attorney General’s Office, the National Civil Police and the Human Rights Ombudsman ensure all guarantees, respect, and comprehensive protection for the defender and her family.