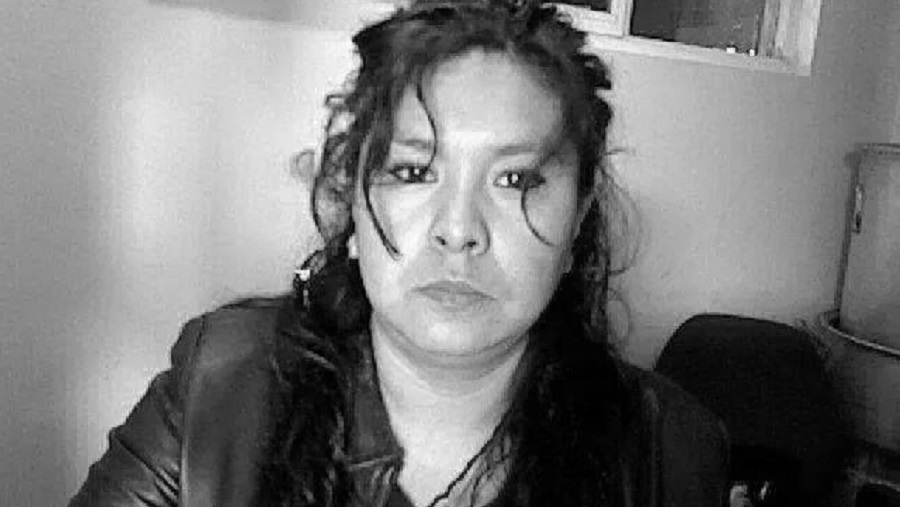 Issue:
We demand justice for the extrajudicial execution of Meztli Sarabia
and effective protection for her family and UPVA members

The human rights defender Meztli Omixóchitl Sarabia Reyna, secretary of the October 28th People’s Street Vendors Union (UPVA) and daughter of Rubén Sarabia Sánchez (known as Simitrio), a political prisoner and founder of the organization, was extrajudicially executed on the morning of June 29th in the city of Puebla.

A group of four armed men burst into the UPVA offices (located in the Hidalgo Market), subdued and beat three people who were present and shot the 40-year-old defender, first in the abdomen, and then in the head.

This was undeniably a political assassination: It happened while UPVA members were demonstrating at the court hearing of political prisoner Xihuel Sarabia Reyna, the son of Simitrio1; moreover, before taking Meztli’s life, the killers told her to “Tell Simitrio he better stop fucking with us,” and left behind a poster that read “This is what happens to Simitrio’s followers. 28th get out. Extortionists”.

It is also important to note that Meztli Sarabia’s killers shot another UPVA member, Fredy Barrientos Corona, who fell into a coma induced by the gunshots he received in his head and arm. The defender is now hospitalized in a private clinic in critical condition with an uncertain prognosis, after having been denied medical attention at the Rafael Moreno Valle Hospital of Traumatology and Orthopedics on the pretext of a lack of personnel and equipment.

We, the 222 women defenders and journalists who make up the National Network of Women Human Rights Defenders in Mexico (RNDDHM), repudiate the cowardly murder of Meztli Sarabia, a defender of the right to work and a single mother with three young children, and we also repudiate the efforts of the Attorney General of the state of Puebla to associate her with small-scale drug dealing, thereby laying the way for impunity.

This crime could have been avoided, like those against many other women defenders and journalists in Mexico, including the four comrades killed thus far in 2017.2

In the case of Meztli Sarabia, the Mexican government knew about the serious risk that she, her family, and other UPVA members faced. In a meeting held in April of 2016, the RNDDHM and the Mesoamerican Initiative of Women Human Rights Defenders (IM-Defensoras) warned Roberto Campa, the Under Secretary of Human Rights of the Ministry of the Interior of Mexico, of the attempt on Meztli Sarabia’s life on April 5th of that year, when she was beaten and threatened with death. We also informed him of the criminalization, death threats and smear campaigns against UPVA Director Rita Amador López. In the same meeting, a request was made to incorporate these two defenders into the Mechanism to Protect Human Rights Defenders and Journalists, a request that was ignored.

Since the UPVA was formed on October 28, 1973, it has undergone different types of political repression for which impunity prevails. One of the most recent attacks was the attempt on Meztli Sarabia Reyna’s life on April 5, 2016, when she was beaten and threatened with death by two armed men who said they were ministerial police.3 Complaints were presented at the Attorney General’s Office (Preliminary Investigation 563/2016) and the Human Rights Commission in the state of Puebla,4 with no resulting actions taken.

Another emblematic case is that of Rita Amador, UPVA leader and Simitrio’s companion, who has faced repeated attacks, including smear campaigns. Furthermore, like María de la Luz Gálvez Javier, a member of the UPVA Liaison Committee and wife of Xihuel Sarabia Reyna (Meztli’s brother), Rita has been prosecuted on trumped up charges. The same is true of UPVA members, Sergio León López and Silverio Montes Silva.

Furthermore, María de la Luz Gálvez has been the victim of death threats that have also been made against the children she has in common with Xihuel Sarabia. In 2016, she received several telephone calls from an alleged licensed professional named José, who told her he had been paid to kill her and her children. In a second group of phone calls, unidentified persons threatened to kill her father-in-law (Simitrio), her brother-in-law and her husband. She later received text messages that revealed espionage activities against her children; she was told where they were, what they were wearing and what they were doing.

In 2014, UPVA member and Meztli’s half-sister Claudia Alejandra López Reyna, was also a victim of violence. Together with other members of the Sarabia family, she was illegally arrested and tortured to persuade her to accuse Xihuel Sarabia and Atl Tonatiuh Rubén Sarabia Reyna, her half-brothers, of small-scale drug-dealing.

We, the members of RNDDHM, are convinced that Meztli’s extrajudicial execution is part of a systematic pattern of repression against UPVA members, with special emphasis on the organization’s founding family. The goal is to oblige them to drop their defense of the human rights of street vendors to decent employment and to guarantees of the right of free association.

We also recall that based on the politically motivated imprisonment of several of its members, the UPVA, both locally and nationally, has fostered the struggle against the criminalization and for the liberation of those involved in social protests, helping to build ties between the collectives of families and friends of political prisoners in Mexico.

For the above reasons, we, the 222 women defenders and journalists organized in this Network, demand that the Mexican State do the following:

We hold the Mexican government responsible for any attempt against the lives and integrity of the women defenders referred to in this statement, their families, and other UPVA members.

1 Founder and leader of the UPVA, made up of around 3,000 people. A descendant of leaders of the Railroad Workers Union, he has been subjected to a long string of abuses in reprisal for his activity in defense of human rights, including death threats, beatings and torture. His case is also emblematic of the judicial prosecution of the social struggle in Mexico. From 1978 to 1979 he was a political prisoner, and from 1989 to 2001, as well. In December of 2014 he was jailed again, accused of parole violations in the 1989 case 113/1989; while in prison, a case was fabricated against him for small-scale drug sales. He is still a prisoner (under house arrest for the last three months due to his precarious state of health), despite the fact that he was granted a protective writ last June due to lack of evidence connecting him to the offense attributed to him.

4 Adolfo López Badillo, President of the Human Rights Commission of Puebla, stated that the complaint filed by Meztli in April of 2016 did not prosper because she did not present sufficient evidence. Consult statement at: http://www.lajornadadeoriente.com.mx/2017/07/03/meztli-no-presento-pruebas-suficientes-cuando-denuncio-acoso-dice-ombudsman/