Laicism in defense of our rights 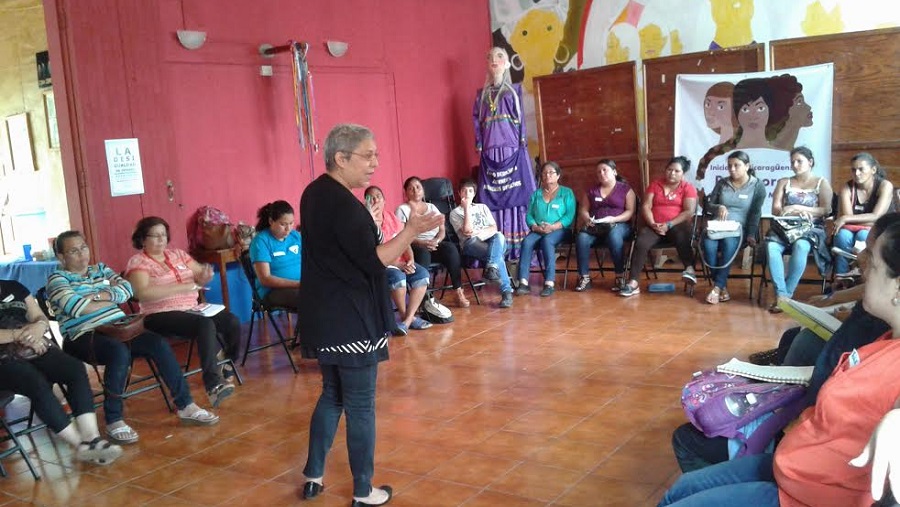 Nicaraguan Initiative of WHRD – Information, knowledge and critical reflection are important elements for those who engage in the activities of women human rights defenders; thus, around 30 women defenders from Matagalpa, Estelí, Pantasma, Jalapa, Condega, Jinotega, Ciudad Darío and Managua, came together on the morning of June 26th in the auditorium of the Guanuca Cultural Center in Matagalpa to approach these issues in a conversation on “Laicism in defense of our rights,” led by the feminist economist Martha Yllescas. From the first, she made it clear that she would not speak about faith, which is the right of each and every person.

In order to understand the concepts of laicism (or the separation of church and state) and secularity and analyze their implications, Martha shared a historical overview with the group, which revealed the ways in which these matters and religious power have been tied to the government.

It wasn’t hard to see that although changes have been made, what definitely hasn’t changed is the place of women in society in roles of subordination to the male, without rights while being stigmatized.

As for the sexual division of labor and the division between public and private spaces, in a power equation, women are left on the sidelines. It wasn’t hard for the participants to see the parallels between the history they were hearing about and the history they observe on a daily basis in working as women defenders and activists.

They recalled the case of Vilma Trujillo, the woman burned in an oven by religious fanatics this year in Siuna. This crime was a product of the types of religious fundamentalism that prevail in our times and bring to light the scorn for the lives of women by different religions.

Other examples had to do with arguments that condemn women who decide to abort and with negotiations that often take place regarding the reimbursement to famílies of girls and adolescents who have been raped in the countryside. Martha explained that “laicism is not synonymous with atheism, but instead refers to a state without religion, where the religions of all citizens belong.” Secularity, she said, refers to “that which is not sacred, to a society in which faith is professed from within and recognizes the right of other people to have their own beliefs.”

“If a state defined by laicism is to be more than words on paper, we need to have secular mentalities.”

Some conclusions of the conversation are as follows:

In closing, we left with a clear idea of the urgency of state and citizen practices subject to the legal standards of a nation ––not to religious subordination or an individual interpretation of god, but instead to laws that should govern persons on equal terms.