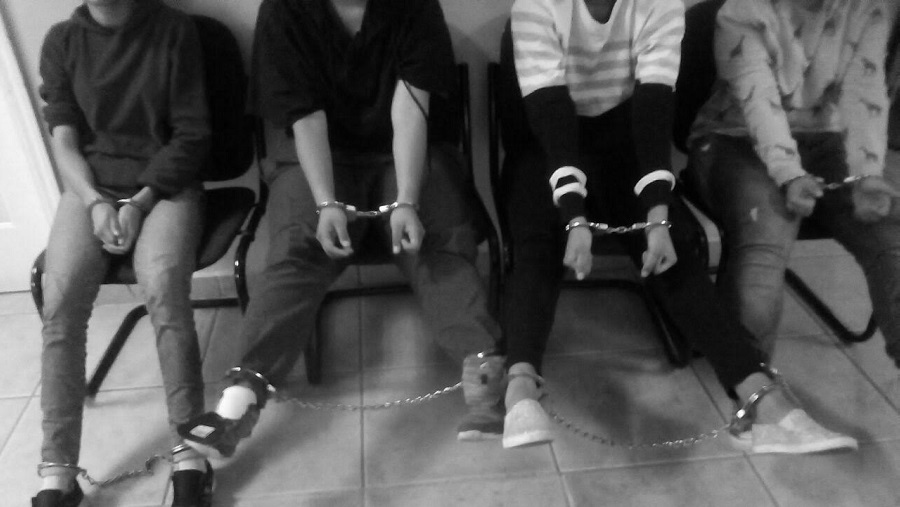 THE FACTS – On Friday, June 16th, COBRA agents, along with members of the National Police and ATIC went into the National Autonomous University of Honduras (UNAH-CU) inTegucigalpa, and used extreme violence, including physical attacks and tear gas, to evict the university students engaged in a peaceful takeover of the Faculty of Chemistry and Pharmacy in solidarity with 20 university students facing charges, who were to attend a hearing for the presentation of exculpatory evidence the same day.

As a consequence of the eviction, the students Genesys Araceli Andino, Karen Giselle Reyes, Gloria Sarahi Mejía, Tiffani Nicolle Zúñiga, Amy Raquel Blanco and Tony Jossel Barahona were arrested and taken in handcuffs and leg Irons to the CORE 7 police station. They were released today under alternative measures, with an initial audience scheduled for Friday, July 14, 2017.

We, of IM-Defensoras condemn this new attack against the right of Honduran students to protest, and also condemn the excessive use of force, unjust arrest, and criminalization of the students detained. We demand an end to the use of criminalization by the government of Honduras as a strategy for repressing and inhibiting social protest, and the implementation of government guarantees for the safety and security of the students and their right to defend rights.

And finally, we call on all international organizations and agencies to stay abreast of the sitiuation.