#WHRDAlert HONDURAS / Criminalization of representatives of the La Jarcia Community, member of COPINH 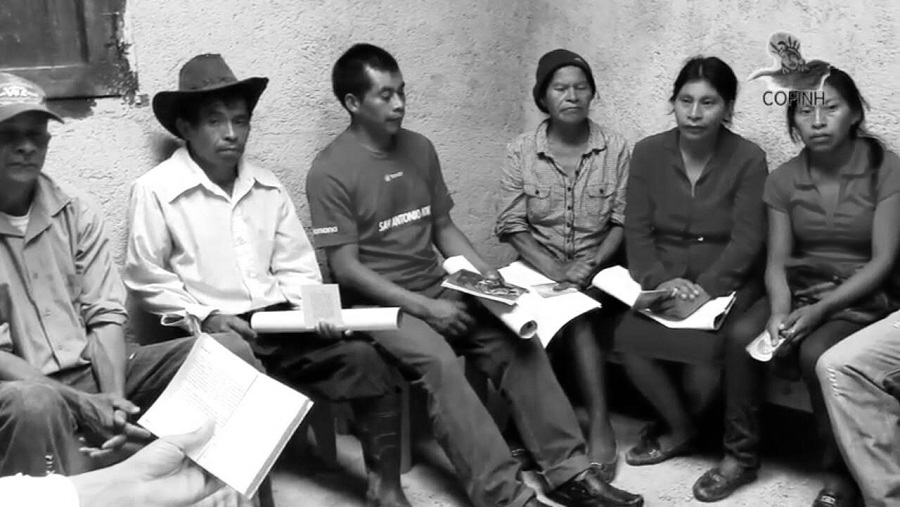 THE FACTS – This Tuesday, June 20th, ten members of the La Jarcia community, established in 2011 in the Wise sector of ejidal lands, faced the initial hearing of criminal proceedings against them on charges of “usurpation” filed in 2013 by Domingo Lenin Pérez Reyes, who claims to be the owner of the land granted to him illegally by the Mayor of Intibucá. Nevertheless, according to Honduran law, ejidal lands in rural areas cannot be granted to anyone. Since then, the defendants have been accompanied by COPINH.

In February of 2016 the community was violently evicted by Lenin Perez along with the Intibucá Preventive Police, but two days later, the famílies returned to their lands and rebuilt their houses. In October of 2016, COPINH together with the National Agrarian Institute (INA) obtained a protective writ against Lenin Perez for forced expropriation, which is now being transferred to the INA headquarters in the city of Comayagua.

At the preliminary hearing, the criminalized persons were informed that they could negotiate an express pardon on the condition that the community left the land. The community decided not to do so, given that the Agrarian Reform Lase establishes that when a community lives for more than five years on the land, they become its owners. Since they did not accept the express pardon, they ran the risk of being found guilty of usurpation on June 20th and becoming the targets of arrest warrants and an eviction order.

We, of IM-Defensoras join with COPINH in demanding the definitive acquittal of the ten La Jarcia community members on trial; the annulment of the land title of Domingo Lenin Pérez Reyes, which he received illegally; and the initiation of legal proceedings against the Mayor’s Office of Intibucá 2010-2014 for having granted an illegal title to the aforementioned person.