Regional Gathering of Defenders of Land, Territory and Environment 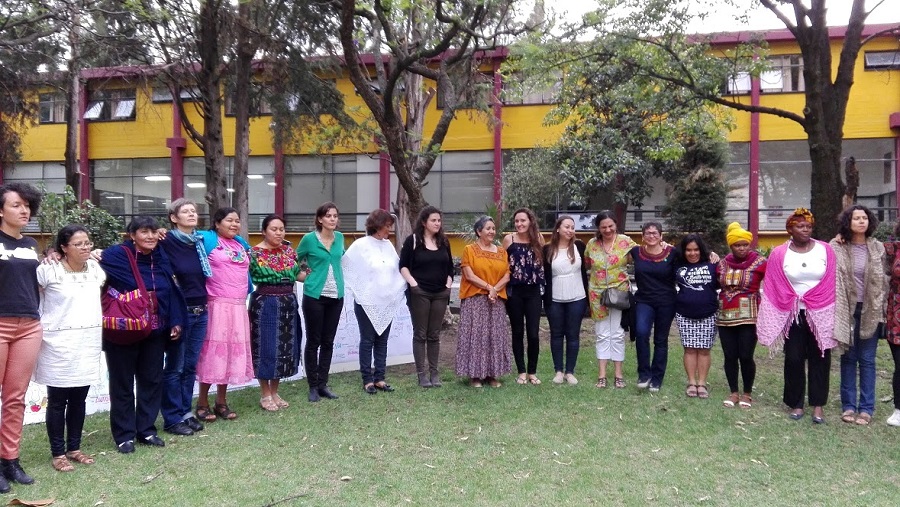 The Mesoamerican Initiative of Women Human Rights Defenders, Just Associates (JASS), Amnesty International, Front Line Defenders, International Protection, the Urgent Action Fund, Bread for the World and the International Peace Brigades (PBI), in coordination with organizations in Mexico, the Andean Region and the Latin American South, held the Regional Gathering of Defenders of the Land, Territory and Environment last May 30th and 31st and June 1st in Mexico City. From May 30 to June 1, 2017, defenders shared and collectively constructed protection and security strategies in the framework of the defense of the land, territory and preservation of nature for themselves and their movements. In a joint statement, they said: “We consider it outrageous that in the 21st century, when there is an increasingly wider recognition by the international community of the rights of every human being, that defenders of the water, forests, lands and territories continue to be imprisoned and killed.” During the Gathering, women defenders created a space of trust in which to talk about the specifics of the violence they face, as well as the repercussions in their lives and their movements, and the fact that the attacks come from both state and non-state actors. They identified different kinds of damage to their health, their emotional state and their life project, including the most visible violence that comes from the State and its institutions, and the invisible violence perpetrated by actors such as businesses and organized crime. They also identified the hidden power expressed in the culture of discrimination and violence against women, as well as the gender mandates that limit and invisibilize their leaders, discriminate against them and burden them, reducing their authority and the value of their work as defenders in private, organizational and social spaces. The women defenders made it clear to their male colleagues that gender bias is not only a problem for women, but also for their collectives and the society as a whole. Together they made a pact to assure the protection of women defenders inside their movements by fostering respect and recognition of their bodies as territory and their autonomy; to respect and recognize women’s leadership; to refuse to invisibilize or hush violence, but instead to combat it both inside and outside their movements and to review the beliefs that foment it; to legitimize women’s words; to promote the political formation of gender for men and women; to recognize the care work done by women and to make a commitment to share it; and to foster women’s ownership of land. Violence against women affects the defense of community territories and women’s bodies. “There’s no difference between mining interests that violently come in to destroy our territory with the help of an army, and rape and other forms of violence perpetrated against us,” said one of the participants. The defense of the land involves confronting all the actors that destroy life ––the State, the powers that be, and the predatory capitalist exonomic model. But it is also necessary to conduct a critical assessment inside our own movements, communities and families with the aim of rooting out all forms of violence against women, land, and life. IM-Defensoras recognizes the collective effort of this gathering and the invaluable contributions of the national, regional and international organizations that made it possible, and above all, we recognize the importance of these spaces that allow us to collectively define and articulate comprehensive protection strategies for human rights defenders. In the particular case of women defenders, we reaffirm that our bodies are the first territory to experience and confront risks on a daily basis.