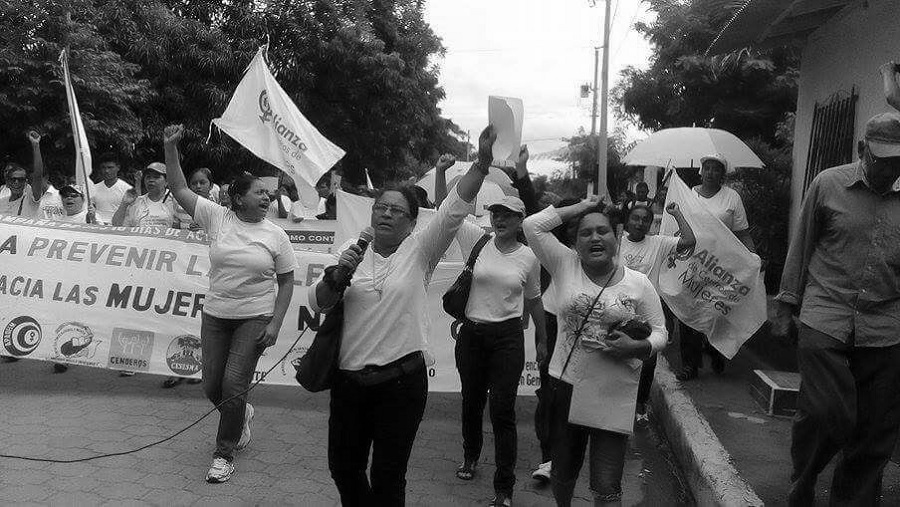 THE FACTS – In the early morning hours of Sunday, May 7th, defender Aydil del Carmen Urbina Noguera, a defense lawyer for FUNDECOM, denounced the extreme violence used by National Police agents against a young neighbor, and as a result, was arrested and beaten by the same agents.

The defender, who fainted due to the attack, was taken by the police to the Manolo Morales Hospital and then back again to Police District Office 5 in Managua, where she was isolated in a cell and denied food the first day. Neither was she allowed to attend to her personal hygiene.

The following day, CENIDH staff members went to the police station in person to support the defense lawyer Aydil Urbina, after having filed a Habeas Corpus petition and complaint in Police Internal Affairs without obtaining any response whatsoever. Finally on Monday night, when none of her supporters were at the police station, the defender was released. As a result of the police attack, Aydil Urbina still has several wounds on her body and intense pain in her neck.

We, of IM-Defensoras condemn the arbitrary arrest and unwarraranted use of force against Aydil Urbina. Furthermore, we demand that the Nicaraguan government cease and desist in any attempt to criminalize her and that it investigate and define responsibilities related to the attacks suffered by the defender.

Likewise, we repeat our concern over recurrent attacks by the State against women defenders, which we understand as a systematic strategy to repress and inhibit their work in defense of human rights. We call on all international agencies and organizations to stay abreast of this situation.