Aydil Urbina, yet another defender attacked by National Police 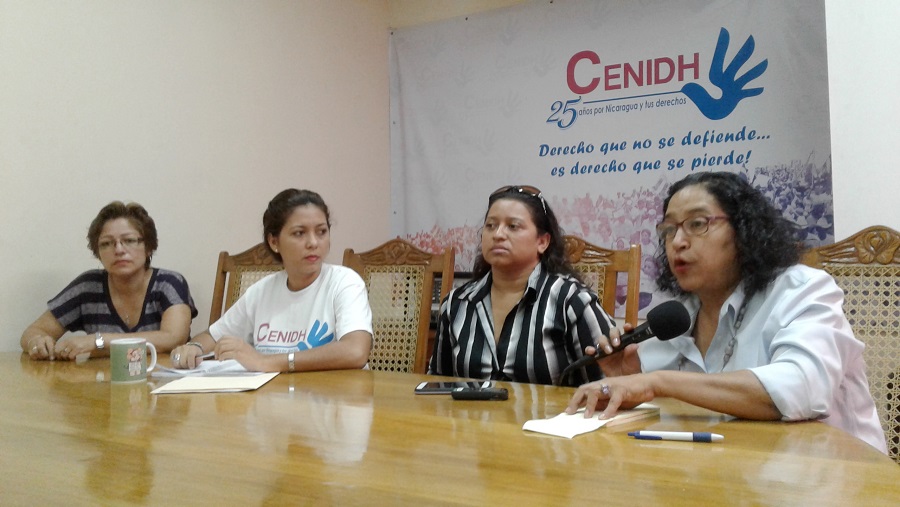 Visibly affected, both physically and emotionally, Aydil narrataed the violence of her arbitrary arrest in the company of her 16-year-old daughtrer, and the subseqüent treatment she received at the Schick police station, where she was held for 64 hours beginning last May 7th. She said that when the agents identified her as a defender, the mistreatment and threats worsened. She also reported that due to the effects of the excessive force used against her, officials were obliged to see that she received medical care. In her cell, they denied her the most basic rights, including access to wàter, sanitation services and legal assistance.

CNIDH lawyer Wendy Flores spoke of a number of irregularities in the case. When she went to the police station to ascertain the situation, for exemple, she was told that Aydil should have been released, but due to ‘orders from higher up,’ the defender was still being held. Flores also recalled the sentence dictated by the Inter-American Court of Human Rights in the case of defender María Luisa Acosta, in which the government of Nicaragua was ordered to develop a protocol for the protection of human rights defenders.

We, of the CNIDH, called on the State to investigate the actions of Commissioners Ángel Valle and Jaime Aguilar and to see that such situations are not repeated.

María Eugenia Delgadillo of the Axayacatl Collective, also representing the Women’s Network against Violence (RMCV), condemned the behavior of the National Police with regards to the attacks suffered by Aydil Urbina and other defenders in the interior of the country, such as Thelma Suárez Olivas in the town of Tula, La Dalia. Delgadillo stated that in accompanying victims of violence throughout the country, she has noted that the ferocity of the police attacks against defenders is not seen in the treatment given to the aggresors by police agents.

Delgadillo reiterated that IN-Defensoras, RMCV, activists and women’s organizations will continue to accompany Aydil Urbina and other defenders and to maintain national and international alerts. She concluded with a call to the authorities to follow up on the actions of oficials and the treatment being meted out to people.

At the end of the press conference, Felicita Laínez of the Foundation for Community Development presented a short vídeo that shows Aydil questioning the National Police regarding the femicide of young Anielka Espinoza.