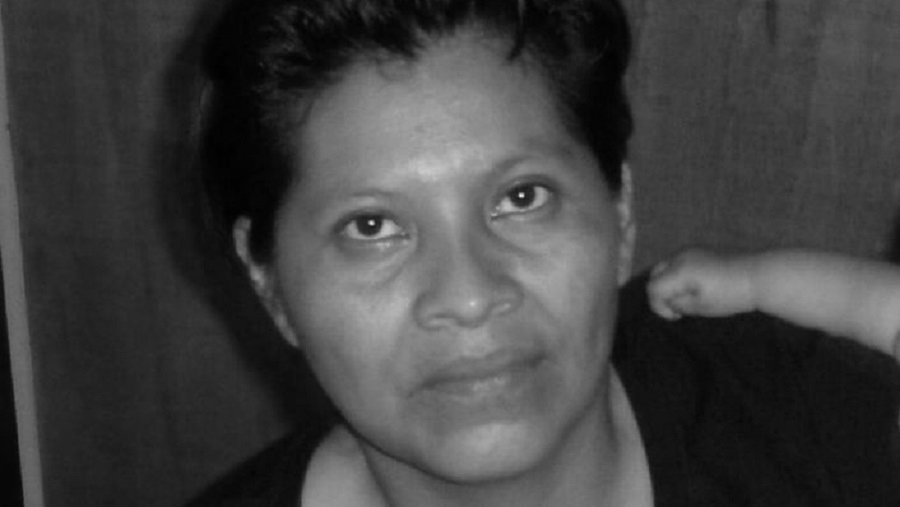 THE FACTS – On April 14, when Thelma Suarez went with her family members to file a complaint against the police in the community of La Dalia, Matagalpa, for an attack on her son, she was intercepted by the assailant in the company of police on patrol, who proceeded to arrest the defender’s son without giving any explanation whatsoever.

The defender and her companions demanded that Captain Rolando José Ortega open an impartial investigation of the facts, but the officer got angry and physically attacked Thelma Suárez, beating her with the butt of an AK 47 assault rifle, and kicking and hitting her so badly that she was wounded on different parts of her body. Given the excessive use of force, the defender’s family members came to her defense and were then attacked by other policemen. In the end, Thelma Suárez and three of her family members were locked up in cells in the Tuma police station in La Dalia.

Thelma is still being held in prison, where she hasn’t received any medical attention for her wounds and is being subjected to cruel, degrading, and inhuman treatment. She and her family members have been charged with obstruction of justice, which is an offense against the government of Nicaragua. She has been deprived of her liberty for 11 days even though alternative measures are required to deal with this kind of offense in a judicial process.

Thelma has been a community defender for many years; she has accompanied cases of macho violence and denounced arbitrary actions of the authorities. Supporters fear for her integrity because local authorities have displayed hostility towards defenders who have gone to the station to request information about her legal situation. Capitain Francisco José Mejía, Chief Commissioner of the municipality of La Dalia, has said that he will do whatever he wants to with her, which is evidence of a clear threat to her integrity and an act of political reprisal.

We, of IM-Defensoras denounce this arbitrary action, which we consider to be yet another act of reprisal against a defender in order to hinder her work in the community and part of a pattern of constant attacks faced by women defenders in Nicaragua. We demand immediate freedom for Thelma and her family members, and an impartial investigation of the facts, with respect for the principles of due process. We also demand that the government of Nicaragua respect her as a human rights defender who is protected in accord with the system of the United Nations (UN),

And finally, we call on the international community to stand in solidarity with the defender and stay alert to further developments in the situation.