#WHRDAlert NICARAGUA / Illegal detention, infringement of the rights of defenders of the Broad Front for Democracy to free circulation and protest 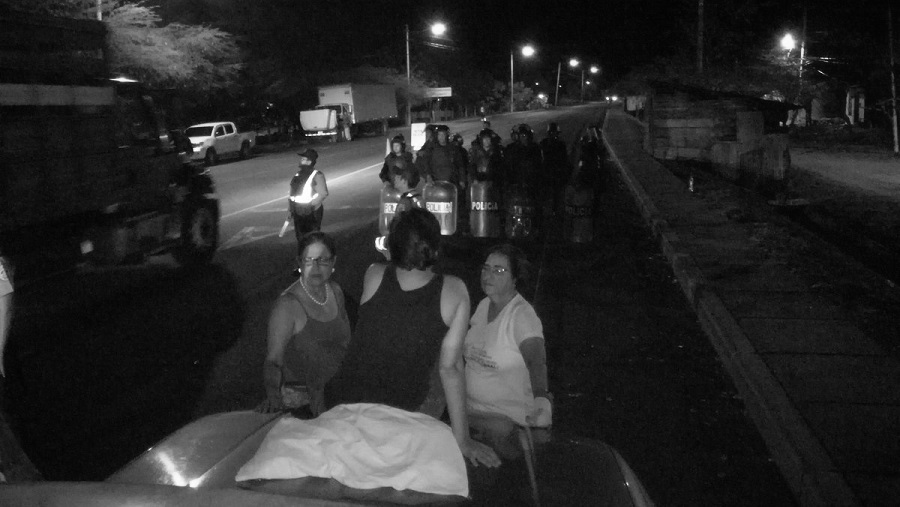 THE FACTS – On the afternoon of April 21st, while rights defenders Ana Margarita Vijil, Violeta Granera and Azahalea Solís were on their way to Juigalpa to participate in the Campesina March against the Canal the next day, they were detained at the turnoff to Boaco by members of the National Police, who blocked the passage of the vehicle in which they were tràveling and stopped them from proceeding without offering any explanation whatsoever.

The defenders spent the entire night detained at that same spot in the custody of a contingent of riot police, waiting to be able to exercize their rights to free circulation and protest. The situation persisted until the morning of April 22nd.

This was not an isolated incident. It was reported that farm workers from different parts of the country, including Acoyapa, La Gaetada, Zapote and Nueva Guinea were stopped at checkpoints or turned back by police as they headed for the March against the Canal.

We, of IM-Defensoras condemn this illegal detention and infringement of the rights to free circulation and protest of the Broad Front for Democracy and other farm workers who were on their way to the march.

We demand that they be allowed to proceed immediately with guarantees for their security and their right to defend rights. We hold the government of Nicaragua responsable for anything that might befall them.

And finally, we call on all international organizations and entities to stay abreast of this situation.