GOOD NEWS! / IACHR ACCEPTS CASE OF MANUELA, the Salvadoran woman imprisoned for having a miscarriage 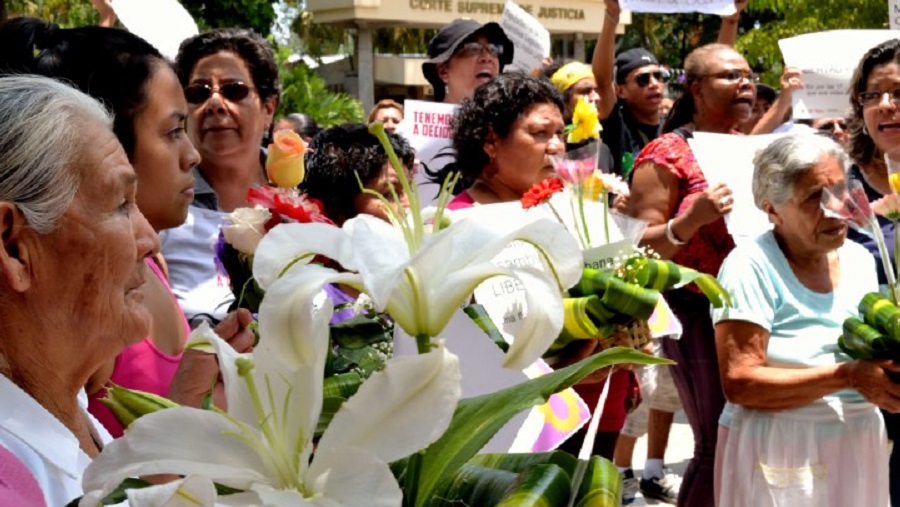 Manuela got pregnant in 2008 and due to her frail health condition brought on by an undiagnosed lymphatic càncer, suffered a miscarriage in 2009. Instead of stopping the patient’s bleeding, the hospital doctors reported her to the authorities. She was arrested and handcuffed while still in bed, convalescing from the hemorrage.

Having no access to the legal resources necessary to defend herself, Manuela was sentenced to 30 years in prison. She died on April 30, 2010, after spending two years behind bars, where her illness went untreated. Manuela left behind two children as orphans.

On March 18, 2017, The Inter-American Commission on Human Rights (IACHR) accepted the petition presented on Manuela’s case on March 21, 2012, by the Center for Reproductive Rights and the Women’s Collective for Local Development, on behalf of the Citizen’s Organization for the Decriminalization of Therapeutic, Ethical and Eugenic Abortion.

TWENTY YEARS AFTER THE ABSOLUTE CRIMINALIZATION OF THE INTERRUPTION OF A PREGNANCY IN EL SALVADOR, WE OF IM-DEFENSORAS CELEBRATE THIS NEWS AND HOPE THAT IT WILL BE ANOTHER STEP FORWARD IN REFORMING THIS ABSURD, UNJUST LAW THAT IS AN ATTEMPT ON THE LIFE, HEALTH AND RIGHT OF SALVADORAN WOMEN TO MAKE DECISIONS ABOUT THEIR OWN BODIES.