#WHRDAlert NICARAGUA / Death threat against Lottie Cunningham, defender of the rights of indigenous and Afro-descendant peoples 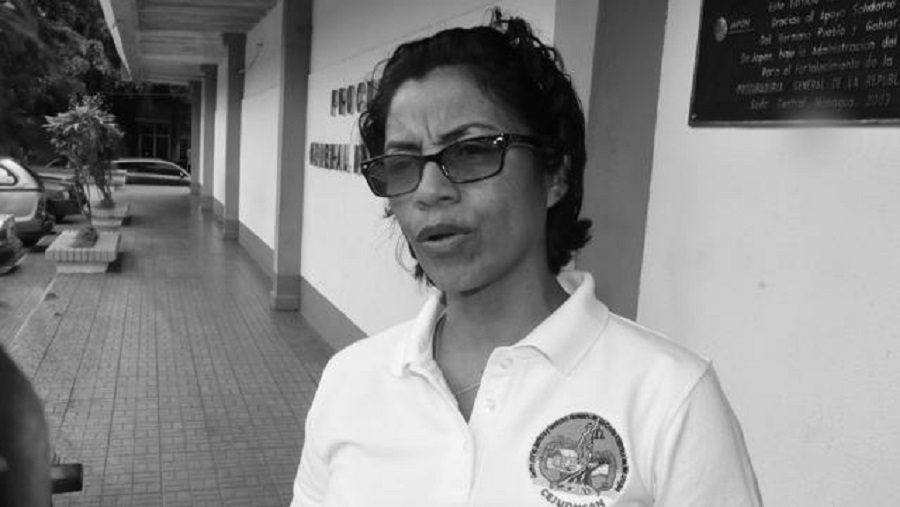 Activity
The rights of indigenous and Afro-descendant peoples

FACTS – Lottie Cunningham Wren is a lawyer and founder of the Center for Justice and Human Rights of the Atlantic Coast of Nicaragua (CEDHJUCAN). Her work consists of supporting indigenous and Afro-descendant peoples in the defense of their territorial rights and the protection of their natural resources.

Last February 28th, the defender received death threats from unknown persons, such as: “We won’t let you say anything against the Sandinista Liberation Front,” “We don’t want to see you blocking our way, and if you do, we’re going to wipe you out. If you want war, war is what you’ll get. War means blood,” and “This is not a polite letter, it’s a warning.”

In the past, Lottie Cunnigham has received other threats, and on August 8, 2016, was granted precautionary measures by the Inter-American Commission on Human Rights (IACHR).

We, of IM-Defensoras hereby demand that the Nicaraguan government investigate the source of these new threats and sanction those responsable, and that it comply with its obligation to guarantee the defender’s safety and security and her right to defend rights.

We also call on all international organizations and entities to be on the alert for further developments in this situation.