#WHRDAlert GUATEMALA / Mistreatment, Sexual exploitation, Extrajudicial execution and femicide against The Interns of the Virgin of the Assumption Safe Home 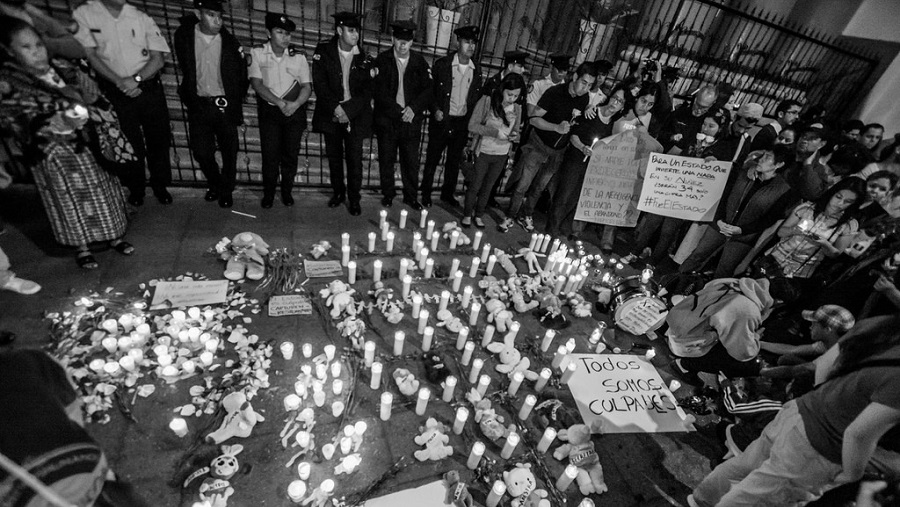 The Interns of the Virgin of the Assumption Safe Home

Activity
The right to a life free of violence

FACTS – On the morning of March 8th, a fire broke out in the Virgin of the Assumption Safe Home in San José Pinula, Guatemala; at least 38 adolescent women lost their lives and more than 20 remain hospitalized in serious condition.

The Safe Home, under the authority of the Social Welfare Department of the Office of the Presidency, houses more than 600 girls and adolescents who are victims of family violence, as well as street children and youth with problems of drug addiction or sexual abuse.

The tragedy occurred the day after at least 60 young interns fled the center in protest over the conditions to which they had been subjected. It has come to our attention that the Human Rights Ombudsman (PDH) had previously presented a request for precautionary measures to the Inter-American Commission on Human Rights (IACHR), citing cases of alleged mistreatment and sexual exploitation of teenage girls, but the request was denied.

We, of IM-Defensoras express our deepest sorrow and stand in solidarity with the families of the victims and the Guatemalan people.

By the same token, we cannot fail to express our concern and apprehension over the government’s response to the numerous indications that place this case on the threshold between negligence and crime of State. Accordingly, we demand a thorough investigation of all that has happened, taking into account the previous history of denunciations made by the interns and their families.

We also demand that the Guatemalan government guarantee the security of all organizations and persons who in these times of collective outrage and consternation, are exercising their right to participate in demonstrations and other acts of social protest.

And finally, we call on all international organizations and entities to express their solidarity with the families and the Guatemalan people and to join in the demand for a thorough and rigorous investigation.