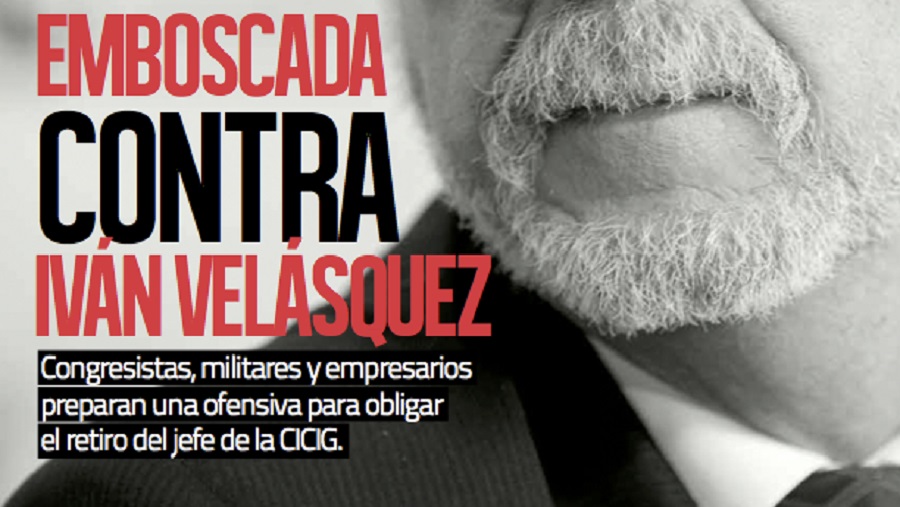 FREEDOM OF THE PRESS IN GUATEMALA

Attacks experienced
Censorship, Infringement of freedoms of expression and information

FACTS – A group of journalists who practice their profession in Guatemala has condemned the censorship of an article by the reporter Sofía Menchú that had already gone to press. “The ambush of Iván Velazquez” should have appeared in the weekly magazine ContraPoder last February 24th.

The article looks at the forces behind the smear campaigns against the International Commission against Impunity in Guatemala (CICIG), their aims and interests.

Although the article was written in strict compliance with journalistic methods including interviews, news media references, and queries in digital media, the excuse given by the vice president of the publishing house for suspending the article was that it “lacked journalistic rigour.”

We, of IM-Defensoras consider this censorship a serious matter because it infringes on the public’s right to information about a burning issue that is highly sensitive in Guatemalan society and that has to do with some of the country’s main institutions and power structures. Likewise, we are concerned that this could set a precedent for other journalistic endeavors.

We are also concerned about the safety and security of the reporter who has been subjected to threats, and about any damage to her moral and professional integrity that this act of censorship could cause.

For these reasons, we urge all professional associations, as well as national and international rights organizations, to condemn this act and to stay on the alert in order to keep further acts of censorship from taking place.