NEWS / National Meeting of WHRDs in Nicaragua: Women in the forefront of social struggle 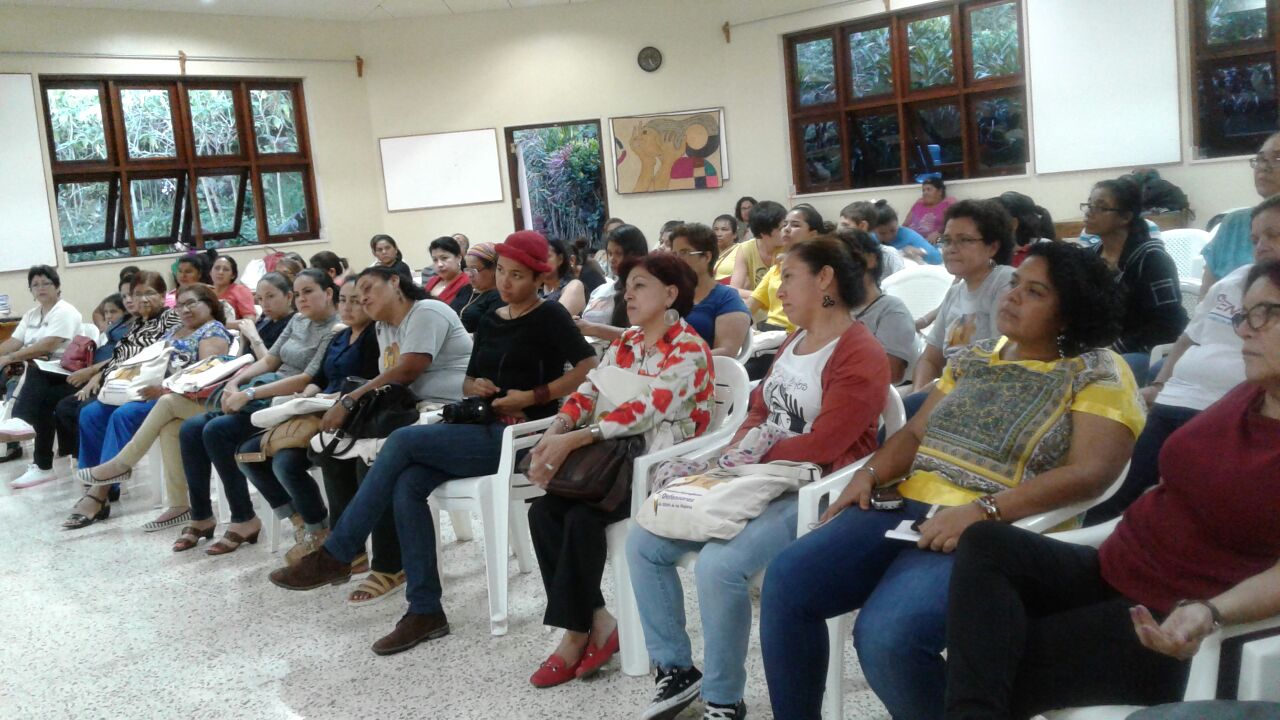 Iniciativa Nicaragüense de Defensoras de Derechos Humanos – The National Meeting of Nicaraguan Women Human Rights Defenders took place on January 23rd and 24th, at the María Cavalieri Foundation in Matagalpa with the active participation of more than 100 defenders that came from all over the national territory. This meeting facilitated advances in the analysis and identification of the main obstacles and challenges in the development of their work as defenders. At the same time, it was possible to gain clarity on how they are interacting in the country and in the self-recognition of the individual and collective identity of WHRDs.

Before the meeting, the defenders joined with activists and defenders who have set up an encampment to demand justice for the young woman from Matagalpa, Yessenia Montenegro, who was the first victim of femicide this year in Nicaragua. They demanded a correct categorization of the crime and punishment for her assailant.

In an atmosphere of confidence and determination, the women plunged into the agenda proposed for the days ahead.

The participants read and discussed the implications for their defense work of the Sovereign Security Law (Law No. 919), which authorizes the Army of Nicaragua to intervene in internal matters under the orientation of the Executive Branch, granting it powers that risk privacy, the right to demonstrate, and the right to the free circulation of the population under the pretext of guaranteeing “sovereign security,” a concept that is not clearly defined in the law.

The defenders concluded that this law particularly aims to criminalize civilian mobilizations and inhibit social protest. In the same vein, they identified two emblematic examples in the country: the repression of the actions of the campesino movement, and the repression of the mining community El Limón, which rose up to demand better working conditions and was criminalized through accusations of involvement in organized crime.

Participants also reviewed the UN General Assembly Resolution on the Protection of Women Human Rights Defenders and Persons Defending the Rights of Women. In this case, they concluded that such mechanisms are of the greatest use when it is the State itself that attacks defenders. At the same time, they stressed the need to make use of these international resolutions and mechanisms, agreeing that even when the state does not initially abide by their provisions, it is vital to appeal to international norms and commitments in order to visibilize the arbitrary actions that occur through the implementation of national norms. Lottie Cunningham of the Center for Human Rights Justice on the Atlantic Coast of Nicaragua (CEJUDHCAN), who also works on the territorial defense of indigenous peoples and Afro-descendants on the Caribbean Coast, spoke of the struggle of the people to heal the indigenous territory, having sought relief through international mechanisms after exhausting national remedies.

Francisca Ramírez, leader of the campesino movement for the repeal of the concession for the Interoceanic Canal, identified aspects in common with causes pursued by other defenders and their own struggles in defense of national sovereignty. She mentioned matters such as persecution by State institutions that should be guarantors of citizen security, and the lack of institutions that recognize the rights of those who do not all think the same way or who question the actions of the government. Ramírez underscored the role and importance of women defenders and organized action as a responsibility of all in order to build the country we want.

The defenders ended the meeting with the ratification of the personal commitment of the collective space of IM-Defensoras regarding actions considered necessary from this territory to the national level. The shared innovative proposals and valuable input will be taken up in the 2017 Plan of Action.

The meeting achieved the ratification of the strategic importance of the agglutination of women human rights defenders acting as a body in the face of the subjugation of the State and the powers that be, which now dominate the country. It stood firm on the importance of struggling together to make social justice and equity the reality of our dreams.