“Berta lives on, COPINH is strong” – COPINH calls for month of actions 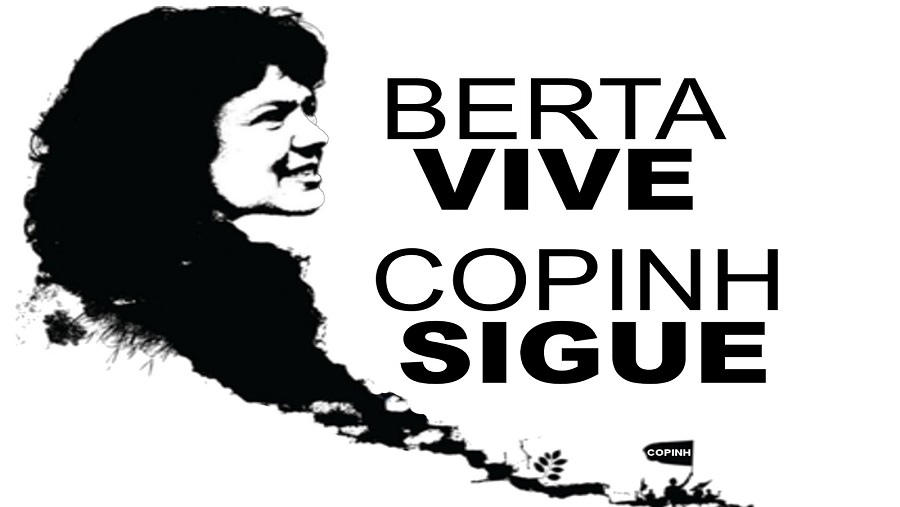 COPINH – On March 2nd, 2016 they assassinated our sister Berta Cáceres. They thought they would get rid not just of her as a leader recognized throughout Latin America and around the world, but also would end a struggle, a political project, that they would destroy the organization of which she was both founder and daughter, COPINH (the Civil Council of Popular and Indigenous Organizations of Honduras).

One year since she spread her wings, since the crime that tried to steal her clarity and leadership from us, the peoples of the world who recognize her legacy are here, walking in her footsteps, confronting the patriarchal, capitalist, colonial and racist system that is imposed upon our peoples. We have been and will continue confronting the deadly projects of transnational corporations and imperialism in every corner of the planet.

In March we won’t just painfully remember that horrendous crime, above all we will celebrate life: the life of Berta, who was born on March 4th and the life of COPINH, which was founded 24 years ago on March 27th.

For all of these reasons, we invite you to use every day of March to multiply:

We call for these types of actions to be developed and spread through every corner of Abya Yala and the world. As movements, organizations and people, let’s accompany COPINH, embody it, multiply its march.

In all of these potential proposed actions, and all others that your creativity gives rise to, let the world shake with the cry of: “Berta lives on, COPINH is strong!”

In the face of militarization and criminalization, more struggle and organization!

With the ancestral strength of Berta, Lempira, Iselaca, Mota and Etempica, we raise our voices full of life, justice, liberty, dignity and peace.