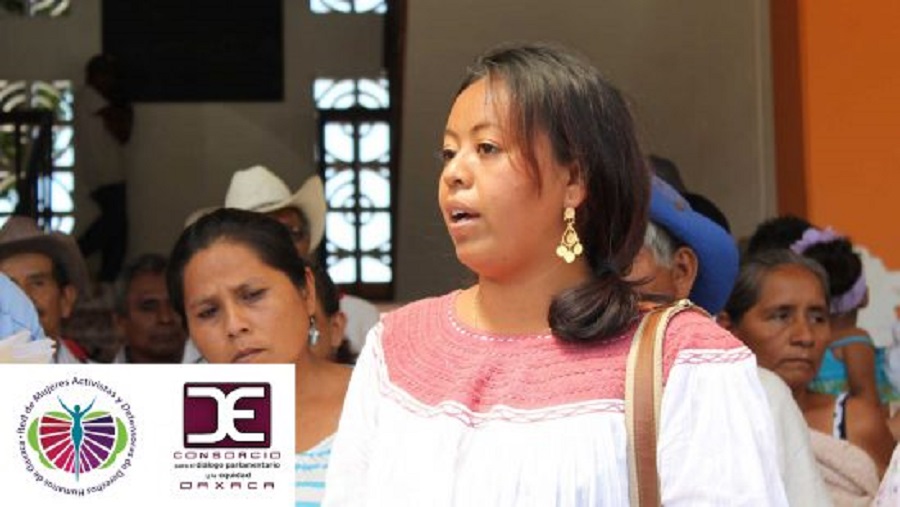 We are writing to inform you of a situation that has come to our attention regarding death threats against the human rights defender Eva Lucero Rivero Ortiz, who has also been subjected to a particularly serious smear campaign.

The following day on the Facebook page of Ramón Jiménez Mejia, a personal photo of the defender was published with the following comments:

“This is the last chance I’ll give you, bitch, or your gona die. Get outta here or I’ll kill yer son, here nobody likes you shitty defeñorita, i’ll show you what fear is, whore.”

These attacks came as a consequence of the exercise of the right to defend human rights and especially as the result of the support publicly offered by Eva Lucero Rivero Ortiz and her Organization, the Democratic Civic Union of Barrios, Neighborhoods and Communities (UCIDEBACC), to the públic prosecutor elect Yareli Cariño López, who was removed from her post on January 2nd, one day after having been sworn in.

The 114 women defenders who make up the Oaxaca Network are well aware of the diré situation of violence and discrimination faced by women who seek to fully participate in polítics in Oaxaca. We have witnessed a number of obstacles and continuous attacks against women who hold political office. Such attacks in themselves represent a systematic component of sexual violence and macho disparagement.

Moreover, our documentation since 2012 shows that defenders of the rights of women to political and community participation are among those who have experienced the worst attacks in the state of Oaxaca.

Thus, we are especially concerned about the attacks against Eva Lucero Rivero Ortiz, which aim to undermine her work in defense of the rights of women to political participation, in this case, the right of Areli Cariño López.

What’s more, these attacks are part of a systematic pattern of sexist, misogynous attacks against Eva Lucero Rivero Ortiz in her work in defense of human rights. Indeed, the defender has faced repeated death threats against herself and her son, threats of sexual violence, attempts on her life, defamation, persecution, intimidation, and surveillance of her communications due to her outstanding work in defense of human rights in the Pinotepa Nacional and in Oaxaca as a whole. It is important to note that these attacks are marked by an alarming gender component, containing sexist insults and disparagement, gender stereotypes, and attacks against her family.

Lucero Rivero is widely recognized for her work in defense of land and territory, accompaniment of political prisoners, and defense of women’s rights. The risk implied in her work has been condemned by International organizations, such as Front Line Defenders and the Observatory for the Protection of Human Rights Defenders.

As members of the Oaxaca Network, we are issuing an alert regarding the ongoing character and the rise in attacks against the defender, given that we have documented at least 53 attacks against Eva Lucero Rivero Ortiz since 2013.

It is important to note that due to these repeated, extremely serious attacks, the defender was granted precautionary measures in 2013, by the Ombudsman’s Office of Human Rights in Oaxaca, which have not been fully implemented the high-risk situation faced by the defender.

In view of the seriousness of the situation and your obligation to guarantee the safety and security of human rights defenders, we demand that your government take the following steps: