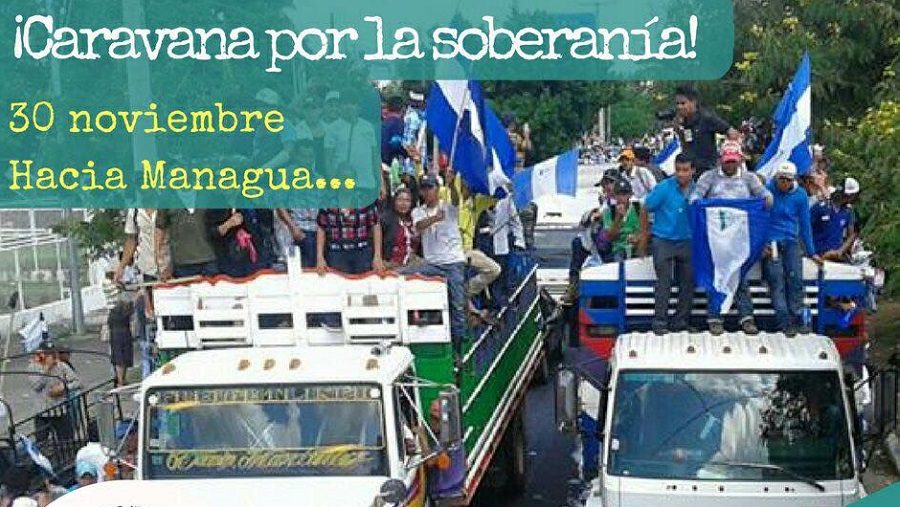 Activity :Territorial and environmental defense
Attacks experienced: Repression of the right to protest, Excessive use of force and intimidation

On November 30th, campesinos and campesinas throughout the country planned to travel to the capital city, Managua, for the Fifth National Peaceful Protests against the construction of the Grand Interoceanic Canal and the negative effects of this project in their communities.

As of November 27, a huge deployment of riot police was seen in different parts of the country. Acts of repression were reported in El Tule, Nueva Guinea and the Southern Caribbean Autonomous Region, with the use of teargas and both lead and rubber bullets by the police. All over the country, complaints were made of harassment against the owners of trucks and buses that were to transport demonstrators, and against searches of passengers tràveling in collective transportation.

The truck belonging to human rights defender Francisca Ramírez, Coordinator of the Council for Land, Lakes and Sovereignty, was practically destroyed by police forces. In Nueva Segovia, defender Ana Patricia Martínez was held by the police for three hours, along with the vehicle belonging to FUNDEMUNI, in which she was returning from a rural community where she helped form a self-help group among women survivors of violence; the pretext given by the police was that “they were transporting people for the march.”

IM-Defensoras hereby expresses our concern over the climate of militarization, intimidation and repression against the legitimate right to protest that has been imposed in Nicaragua, especially against women defenders, feminist organizations and women’s organizations.

Thus, we demand that the government of Nicaragua guarantee the right to free transit and peaceful protest of all Nicaraguans, as well as the safety and integrity of all people participating in the Sovereignty Caravan.