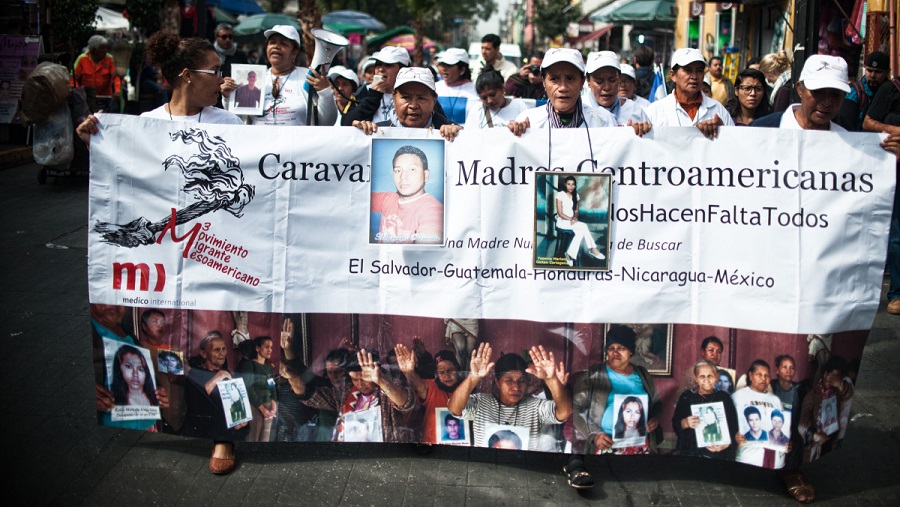 Mesoamerica, November 22, 2016 – One more year, and this makes twelve, that the Caravan of Central American Mothers Searching for their Disappeared Sons and Daughters have come to Mexico City to continue their tireless search for their sons and daughters.

Backed by the Mesoamerican Migrant Movement, the caravan will leave its mark on 11 states and 30 local areas in Mexico, where it will visit shelters, jails and streets in towns and villages to lend visibility to the absence of thousands of Central Americans who have disappeared in Mexico over the past decades.

For IM-Defensoras, the Central American mothers who make up the Caravan are an example for the entire region of the way in which mothers deal with the absurdity of the inhuman economic system that expels people from their homes and subjects them to migratory policies that violate their right to free transit, all the while maintaining silence regarding the problems affecting the most marginalized people.

These mothers, with hope and love as their only banner, teach us that dignity in a society is constructed from the ground up, together with the solidarity work done by people who seek justice and accompany them on their journey ––by people who understand that the son or daughter that a mother needs, is a son or daughter needed by the entire community and by all of us. Thus, through the search for their children, the mothers of the Central American Caravan become defenders of the human rights of all people.

We also want to express our appreciation for the fact that this year’s Caravan is dedicated to the memory of Berta Cáceres, who was murdered for defending the sacred river of her people and whose legacy of feminist struggle for a more just and liveable world has become a universal legacy.

And finally, we encourage you all to send messages of support and solidarity to the mothers of the Caravan to this e-mail address: imdefensoras@gmail.com.