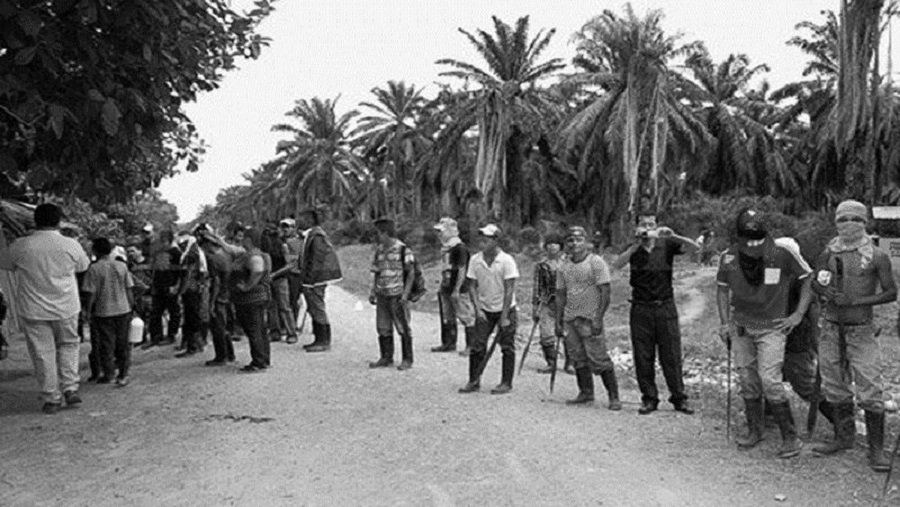 Members of the Empresa Asociativa Campesina Nuevo Ebenezer, EAC, (New Ebenezer Associated Campesina Company), in conjunction with the Regional Agrarian Platform of the Aguan Valley, are involved in a conflict with the Ceibeñas investment company over possession of land belonging to the Remolinos (Windmills) Cooperative, located in the municipality of Trujillo, state of Colón.

At 3 o’clock in the morning on Wednesday, September 28, 210 families of the EAC, mainly women, moved to recover the lands of the Remolinos Cooperative.

The farm was guarded by private security forces, who left the area when they noted the presence of the famílies, ignoring the command of the Chief of Security to return and expel them.
Around 5:00 am, the Chief of Security himself violently broke down the gate with the car he was driving and began to fire at the famílies and shout insults at them.

In this action, the 46-year-old defender Reyna Mireya Figueroa was wounded by a shot in her right buttock, and two minors suffered concussiones as a result of heavy blows. Moreover, defender Blanca Luz López has been reported as forcibly disappeared.

We of IM-Defensoras condemn this attack and demand the live presentation of Blanca Luz López and compliance with the demands of the campesina organizations in an effort to ward off repeated violent attacks and more victims. We also demand that the govenment of Honduras conduct a thoroughgoing investigation of this terrible situation and punish the responsable parties.