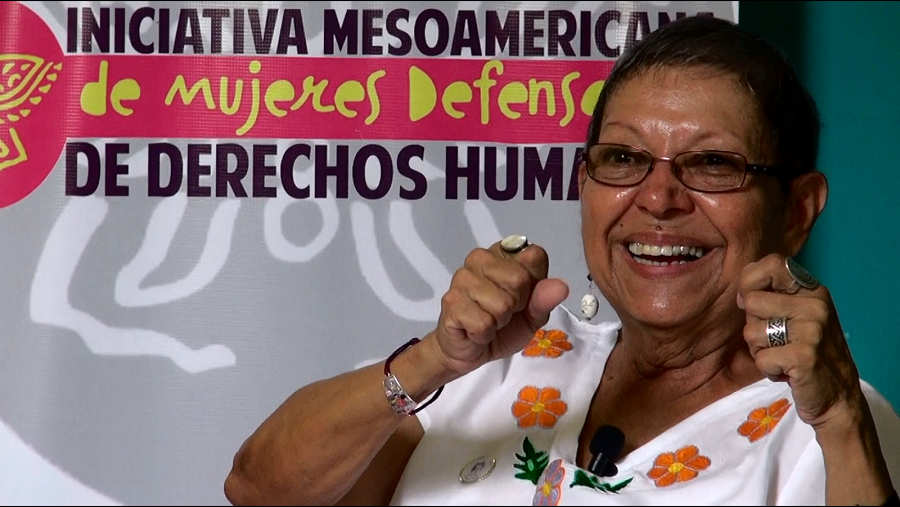 Mesoamerica, September 23, 2016 – It is with deep sadness and consternation that women human rights defenders in El Salvador, Guatemala, Honduras, Mexico and Nicaragua belonging to regional and international networks that make up the  Mesoamerican Initiative of Women Human Rights Defenders  (IM-Defensoras) express our sorrow for the death in Tegucigalpa on Tuesday, September 20,  of our comrade Gladys Lanza, who has a long history as a feminist and defender of women’s rights in Honduras.

Gladys Lanza has played a crucial role in the development of the feminist movement in Latin America. She has been a teacher, example, and source of inspiration for many generations of feminists. Her unflagging work for the human rights of Honduran women, together with her commitment to the collective hope for a better future for all, has won her regional and international recognition.

For years, Gladys was the target of numerous attacks, including attempts on her life, death threats, and in the last years of her life, a criminalization process. Even so, she never gave up or gave in. When a judge sentenced her to a jail term a few months ago, Gladys publicly expressed her decision to go to jail rather than accept responsibility for a crime she did not commit.

Charges were brought against her because the Padilla Visitation Movement that she led defended a woman who had suffered sexual and workplace harassment from Juan Carlos Reyes, the former Director of the Foundation for the Development of Rural and Urban Public Housing (Fundevi). After her organization denounced him, he filed a complaint against Gladys.

We of IM-Defensoras consider her criminalization an example of the way in which government, justice systems and other “powers that be” cruelly and inhumanely violate and penalize the right of women to raise their voices and defend human rights. We are aware that this most recent legal process, which was long, drawn-out and intensified by any number of acts of harassment, exerted heavy emotional pressure on Gladys and ostensibly contributed to the deterioration of her health –a factor that propitiated her death. It is important to note that Gladys died without heaing the response of the Supreme Court to her motion to quash the guilty verdict that she presented on April 29, 2015.

With regards to this delay, the United Nations Committee against Torture has stated that “the excessive prolongation of one’s condition as defendant, even though the person is not deprived of freedom, constitutes a form of cruel treatment” (A/53/44). Moreover, the IACHR, in its recent report on criminalization, recognizes judicial prosecution as a means of obstructing the work of women defenders.

Consequently, we hold the government of Honduras responsible for subjecting Gladys Lanza to cruel and inhuman treatment to the extent of propitiating her death, by unnecessarily sustaining and prolonging an absurd, groundless court case aimed at inhibiting her right and the right of all Honduran women to defend their rights. We also demand that the government cease and desist, once and for all, in criminalizing women human rights defenders, and that it comply with its obligation to guarantee protection and the free exercise of the right to defend rights.

And finally, we of IM-Defensoras raise our voices and send a heartfelt embrace to our comrades in the Padilla Visitation Movement for Peace, the “Chonas”, as we honor, give thanks and celebrate the life and legacy of an incomparable woman, whose example of feminist struggle has been, is and will always be a source of inspiration for women in Honduras and all of Latin America.

Your feminist legacy will endure and be renewed in every woman who raises  her voice to demand her rights in hopes of a better world to come.