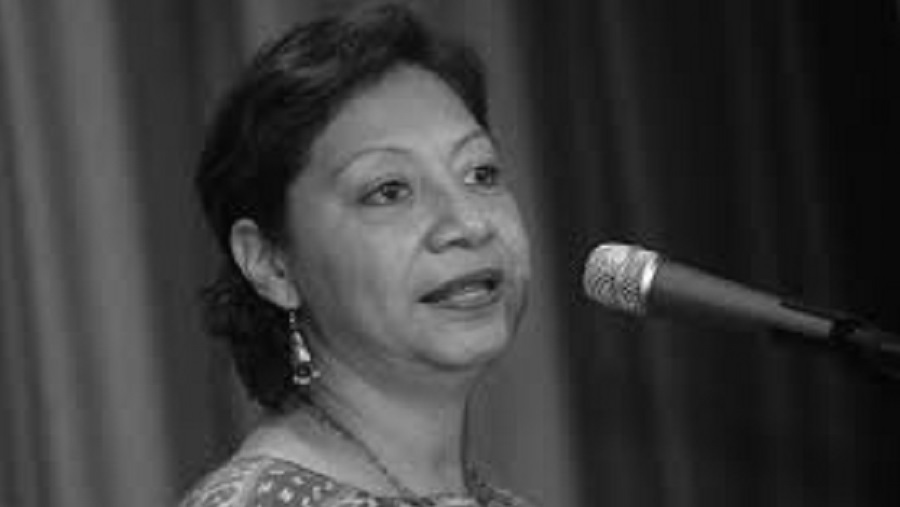 Iduvina Hernández is a journalist who is currently the Director of the Association for the Study and Promotion of Security in Democracy (SEDEM).

As part of her work in defense of human rights, Iduvina has supported and given journalistic coverage to many different social and grassroots struggles for justice and against impunity. She has accompanied victims of genocide in Guatemala, including the survivors of sexual slavery in the Sepur Zarco case and the victims of the crimes of military officials in the CREOMPAZ case. More recently she has reported on the case of the kidnapping, torture and rape of Emma Molina Theissen and the forced disappearance of the young boy, Marco Antonio Molina Theissen in1981, a crime committed by high ranking military oficials at the time.

On Monday, August 29, after she was prevented from attending a hearing on the initial declaration of Benedicto Lucas García, accused of the crimes of forced disapperance and crimes against humanity, Iduvina Hernández learned that Jeniffer Rosalinda Zaldaña (the daughter of one of the military oficials charged in the Molina Theissen case), had filed charges against her and that furthermore, a hearing had been held on the charges in her absence last June 16th.

The defender sought justice at the Multimember Court, where she delivered a copy of the file and audio recording of the June 16th hearing. The file makes it clear that Mrs. Zaldaña alleged that Iduvina Hernández made a death threat against her. Among several other falsehoods that she told, Zaldaña said that Iduvina Hernandez travels in an armoured car with several bodyguards, when in truth, the defender doesn’t even own a vehicle and, despite the fact that precautionary measures have been issued on her behalf, has no police protection or any other kind of protection.

It is also known that last May, Zaldaña Mazariego filed charges against Iduvina Hernández at the Public Prosecutor’s Office, reporting the same falsehoods to the presiding judge.

-That Zaldaña’s allegations be duly investigated and upon verifying that they are false, a relevant criminal prosecution be pursued against her.
-That the security and protection of Iduvina Hernández be guaranteed, as well as that of her family members, companions and observers in the Molina Theissen case.
-That criminalization no longer be used as an instrument to sanction and inhibit the work of women human rights defenders and their right to defend rights.