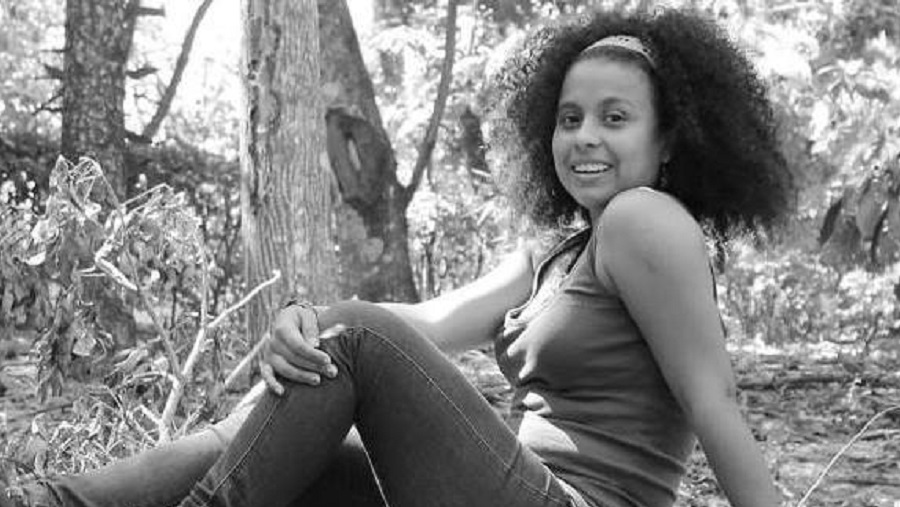 Wendy Morales is a human rights difender with more than eight years of experience working for the rights of indigenous peoples, Afro-descendants, women, children, and young people in El Salvador.

On Monday, September 5, at around 8:30 pm, four police agents appeared at Wendy’s house. After interrogating her parents for more than an hour, first stating that they had received a complaint of intra-family violence, and then, a complaint of drug trafficking, they finally confessed that their purpose was to capture the defender and take her to San Francisco Morazán. At 10:30 pm, after reading her rights, they took her away.

It wasn’t until the next day that Wendy’s family learned that she is being charged with extortion, which she allegedly committed in 2014, an accusation that the defender flatly denies.

On Friday, September 9, a preliminary hearing was held, in which the Public Prosecutor’s office pressed charges that were not backed up by any evidence whatsoever. Even so, the judge granted the prosecutor’s motion to extend Wendy’s preventive detention for at least four months. It is important to note that the case has been open for two years without any evidence at all being presented against the human rights defender.

We, of IM-Defensoras, demand the immediate release of defender Wendy Morales in absence of any substantial legal grounds for holding her in preventive detention. Moreover, we demand a thorough investigation of the charges brought against her and a fair trial for the defender in adherence to the law, with guarantees for her security and protection.