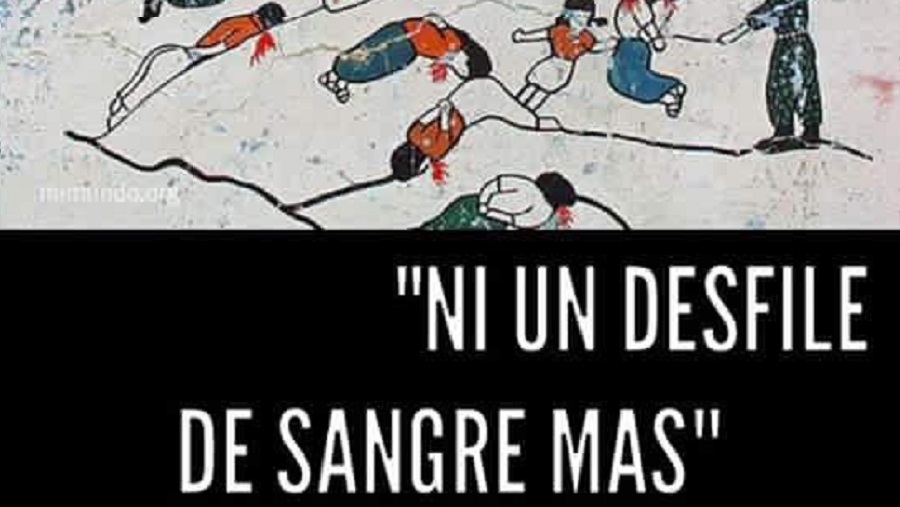 Lucía Escobar and Iduvina Hernández are two widely recognized journalists and human rights defenders who have made an impact on públic opinion through their articles in the news media, including El Periódico and Plaza Pública respectively.

Emma Milán Thiessen and Emma Molina are family members of Marco Antonio Molina Theissen, a 14-year-old boy who was disappeared by soldiers in 1981.

These women came out publicly against the military parade held on Sunday, June 3, to celebrate the “Day of the Army”, which they consider an affront to the victims of genocide perpetrated by military forces during the internal armed conflict. They point out that most of those responsible for this crime continue to enjoy total impunity.

In the last few days, Lucía Escobar, Iduvina Hernández, Emma Milán Tehissen and Emma Molina have been the target of a number of different attacks, insults, disparaging remarks and threats in social networks and online fòrums due to their opposition to the military parade on the “Day of the Army.”

Some of these threats have been spread by públic figures like Ricardo Méndez Ruíz, the President of Foundation against Terrorism, and echoed by other individuals associated with the Army.

IM-Defensoras and the Network of Women Human Rights Defenders in Guatemala condemn these attacks, which aim to delegitimize and inhibit the work of these four women; moreover, the form of aggression has implied the use of extreme violence and fomented the use of hate speech against them.

We demand that the Guatemalan government guarantee the security of Lucía Escobar, Iduvina Hernández, Emma Milán Tehissen and Emma Molina and their inalienable right to freedom of expression. We further demand that the government exercise all penal actions that may correspond to the responsable parties.