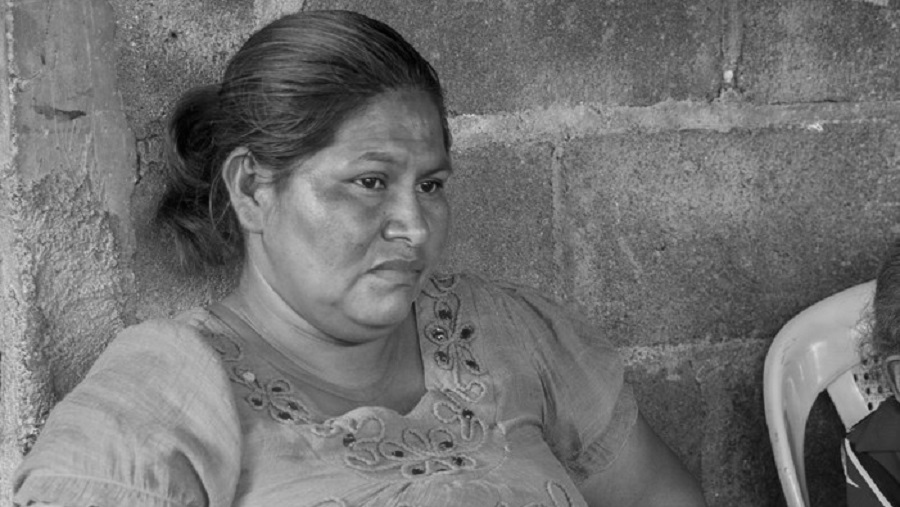 Francisca Ramírez is the Coordinator of the National Council in Defense of Land, Lakes and Sovereignty, a movement opposed to the construction of the transoceànic canal project in NIcaragua.

The Mesoamerican Caravan for Good Living is a project of several diferent collectives from Mexico and Central America, whose goal is for people in communities in resistance to gain knowledge that fosters their social well-being, promoting a stronger sense of community autonomy, the right to consultation, the defense of human rights and the recognition of gender equity.

On June 25, Francisca Ramírez, Pedro Mora, Einer García and Migdonio López, of the National Council in Defense of the Land, Lakes and Sovereignty, and young members of the Mesoamerican Caravan for Good Living were arbitrarily detained by the National Police in La Fonseca, Nueva Segovia, Nicaragua, while they were giving a workshop on ecotechniques.

Doña Francisca and the other campesino leaders were violently taken to the Nueva Guinea Police Station and released several hours later.

The young people arrested, who are of diferent nationalities, were taken to Managua with the warning that the Department of Migration and Foreign Nationals would deal with them. To date, no information has been released about their whereabouts or the reason for their arrests. Their names are Ana Laura Rodríguez, Argentine; Byron Reyes Ortiz, Costa Rican indigenous youth from the town of Brora Terraba; Daniel Espinoza Jiménez, Spamiard; Salvador Tenorio Pérez, Mexican; Emmanuel de la Luz Ruiz, Mexican; and Eugenio Pancelli Chávez.

Francisca Ramírez charged that “They treated the young people like terrorists and took them off to Managua. They interrogated us about how we knew them and how we had made contact with them.”

IM-Defensoras and the Nicaraguan Initiative of Women Human Rights Defenders condemn the arbitrary arrests of Doña Francisca and the other campesino leaders and demand security guarantees for members of the Caravan and and end to the harassment of defenders who oppose the canal.