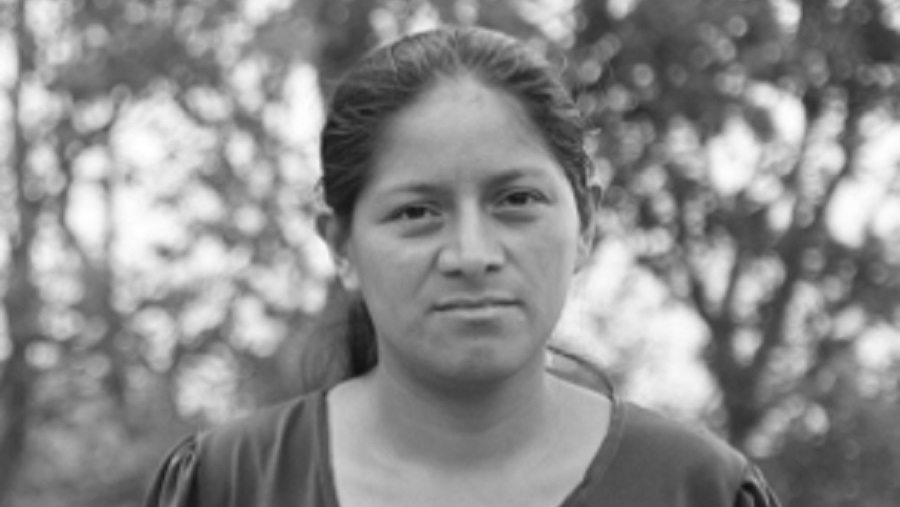 Ana Mirian Romero is a well-known human rights defender of the indigenous communities belonging to the Lenca Indigenous Movement of La Paz Honduras — MILPAH and the Indigenous Council of San Isidro Labrador.

Having been subjected to a number of different attacks since November 2015, the defender and her family have been granted precautionary measures by the IACHR.

Ana Mirian is a finalist for the 2016 Front Line Defenders Annual Award for Human Rights Defenders at Risk.

At approximately 4 pm last May 9, four men from the Potrero community, armed with machetes and a pistol, entered Ana Mirian Romero’s home in the town of Santa Elena in the La Paz region. The defender was with her children at the time. All were threatened and intimidated by the invaders. Two of the men were identified by the defender, who said they had previously threatened her.

The intimidation of Ana Mirian Romero occurred following the visit of a BBC reporter and a Honduran journalist, who were making a radio documentary on her life.

Ana Mirian had previously been the target of attacks and intimidation. On January 29, 2016, her home was set on fire. On November 2, 2015, aggressors fired more than 15 shots outside her home. On October 22, 2015, 30 policemen forcibly entered her house without presenting a search or arrest warrant. During the incident, the agents beat the defender, who was 24 weeks pregnant. She was taken to the hospital in critical condition.

We of IM-Defensoras strongly condemn this attack and demand that the responsable persons be identified and prosecuted. We also demand that the Honduran State comply with its obligation to guarantee the safety and security of Ana Mirian Romero and her family, along with the rest of the membres of MILPAH and the Indigenous Council of San Isidro Labrador.