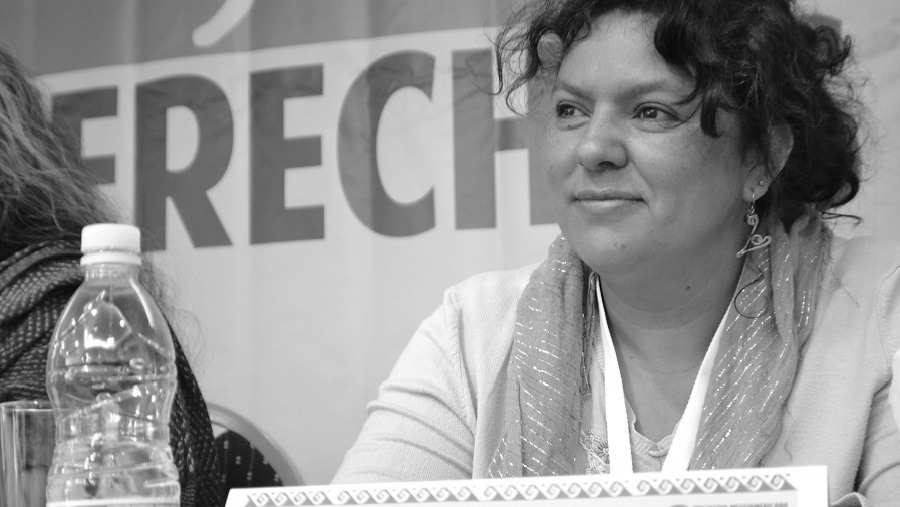 As the result of her work defending the human rights of communities in Rio Blanco, Berta was the target of multiple attacks, threats, arbitrary detention and criminalisation. The InterAmerican Human Rights Commission (CIDH) requested that precautionary measures be taken to protect Berta.

Her work has been recognized internationally through honours such as the Emma Goldman Prize in 2015.

In the early morning on Thursday 3 March, Berta Cáceres was murdered by unknown perpetrators in her home in La Esperanza, in the Intibucá sector in the south-western part of the country.

It is important to highlight that in a press conference one week earlier, Berta Cáceres had denounced the murders of four community leaders and threats made against other community members. These incidents are occurring in a context of increased attacks and threats against COPINH and communities resisting DESA-Agua Zarca’s hydroelectric project.

IM-Defensoras expresses our profound pain and indignation. We strongly condemns this cowardly crime and demand an investigation be carried out by international bodies.