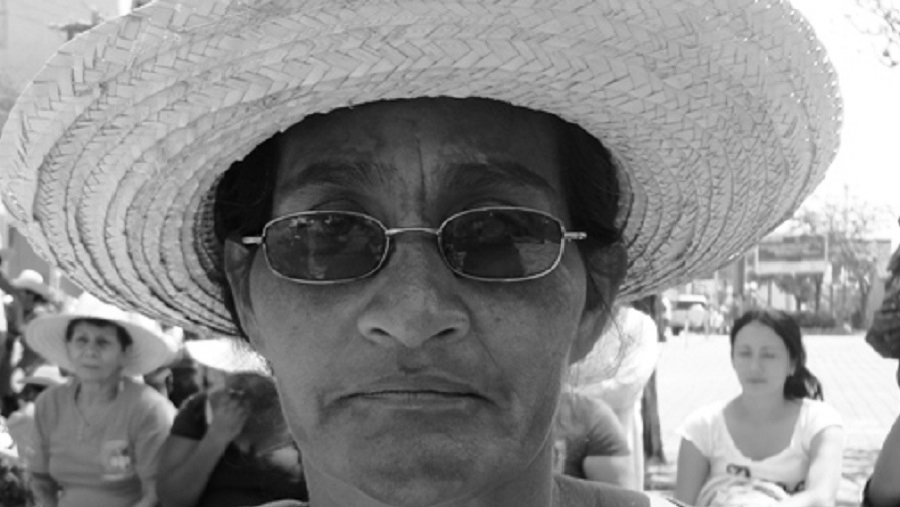 Orbelina Flores Hernández is a campesina activist, human rights defender, and member of the Permanent Human Rights Observatory of the Aguan.

For many years, due to a land rights conflict, members of campesino communities and human rights defenders in the Lower Aguan River Valley have lived in a state of militarization as targets of persecution, threats, criminalization, crimes and other human rights violations.

In 2010, Orbelina was criminalized along with 40 other people and charged with “usurpation.” The defender was granted precautionary measures by the Inter-American Commission on Human Rights (IACHR).

According to the National Network for Women Human Rights Defenders in Honduras, at 5:00 am this morning, policemen entered the house of Orbelina Flores to conduct a search, arresting the defender along with her daughter, Arly Gredys Flores; her daughter-in-law Deysi Noemi Madrid; and her three-year-old grandson, who needs special care.

Orbelina Flores was released a few minutes later, and while she was on her way to visit family members, was arrested again and taken to the prosecutor’s office. The explanation given for her arrest was that it had to do with land issues. Up until now, that’s all that the authorities have said.

We, the members of IM-Defensoras, join the National Network of Women Human Rights Defenders in Honduras in requesting that national and international human rights organizations stay on the alert for the physical integrity of Orbelina Flores and accompany her at this time.

We also demand the speedy resolution of the case by Honduran authorities, the release of Orbelina Flores, and an end to the use of criminalization as an instrument for punishing women human rights defenders and inhibiting their work.