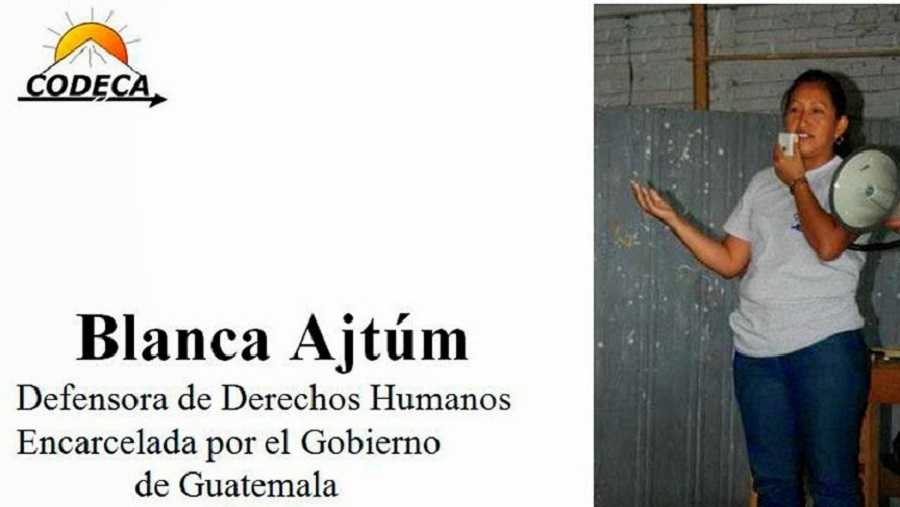 Blanca Atjún took part in gathering more than 100,000 signatures throughout Guatemala to prevent the ENERGUATE company from charging excessive electricity rates and to demand the nationalization of electrical energy services.

On June 26, 2014, Blanca Julia Atjún and CODECA members Mauro Vay and Mariano García were kidnapped by ENERGUATE agents. After being “liberated” by officers of the National Civil Police (PNC), Blanca Julia and her comrades were unjustly arrested, jailed and held in preventive detention for 96 days despite the fact than no arrest warrant was ever issued for them.

The criminalization process against the defender continues, and in the past few days she and her comrades have been subjected to an oral trial before the First Sentencing Tribunal at Huehuetenango.

We, the members of IM-Defensoras denounce the Guatemalan State’s systematic use of criminalization, which is aimed at inhibiting the work of human rights defenders and aiding the interests of private companies that violate human rights. We further demand an end to the judicial proceedings against Blanca Julia Ajtún Mejía and other CODECA members.