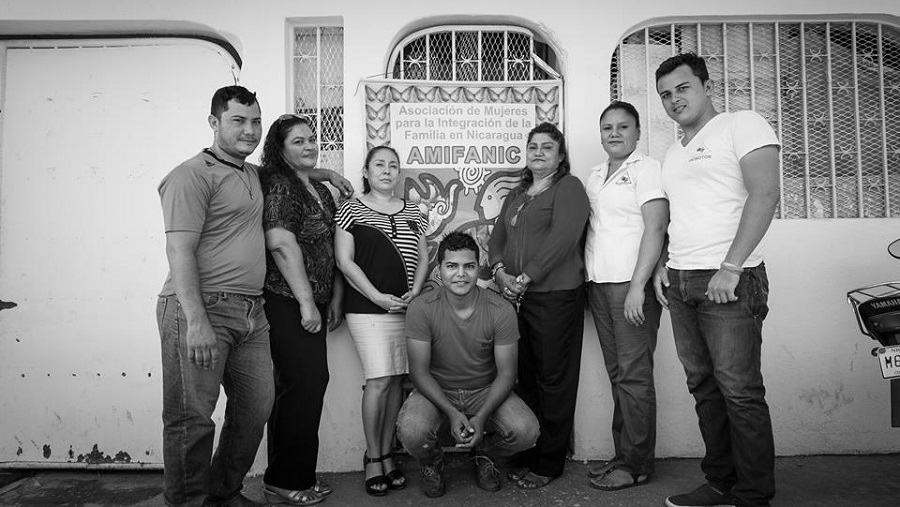 The Women’s Association for the Integration of the Family in Nicaragua (AMIFANIC) was founded in March 2000 to help improve qualifications, abilities and skills in the family, especially those of women, youth, boys and girls, thereby transforming the poor into subjects of their own development, capable of dealing with problems such as marginalization, harmful habits, drug addiction, prostitution ETS, AIDS, violence, abuse and trafficking in minors.

AMIFANIC now provides daily legal assistance to an average of 20 women, psychological help to 5, and legal support to 30 who are now receiving alimony due to suits filed on their behalf.

In the early morning hours last February 4, several unknown persons forced the locks and entered the AMIFANIC offices located in Ciudad Sandino; four sets of computer equipment were the only items stolen. Organization members filed a criminal complaint for these offenses with the police, who have yet to show any interest in investigating the claims and finding those responsible.

The fact that the theft was limited to computer equipment (which contained confidential information related to specific cases and other administrative data), and that no other valuable objects were taken, suggests that the attack was not a common crime, but was instead related to AMIFANIC’s work of accompaniment and human rights defense.

The selective robbery of computer equipment from civilian organizations, especially from feminist and women human rights defender organizations, has become a recurrent pattern in the country, along with other attacks, such as criminalization, smear campaigns and administrative harassment, with the aim of obstructing and hindering their work.

We of IM-Defensoras condemn this attack and demand that the pertinent authorities carry out a proper investigation and guarantee the security of all members of AMIFANIC. In the same vein, we express our concern over the recurrent attacks against feminist and women human rights defender organizations in Nicaragua and call on the government to put an end to this situation, thereby guaranteeing the secure exercise of the right to defend rights, as stipulated by the highest international standards.