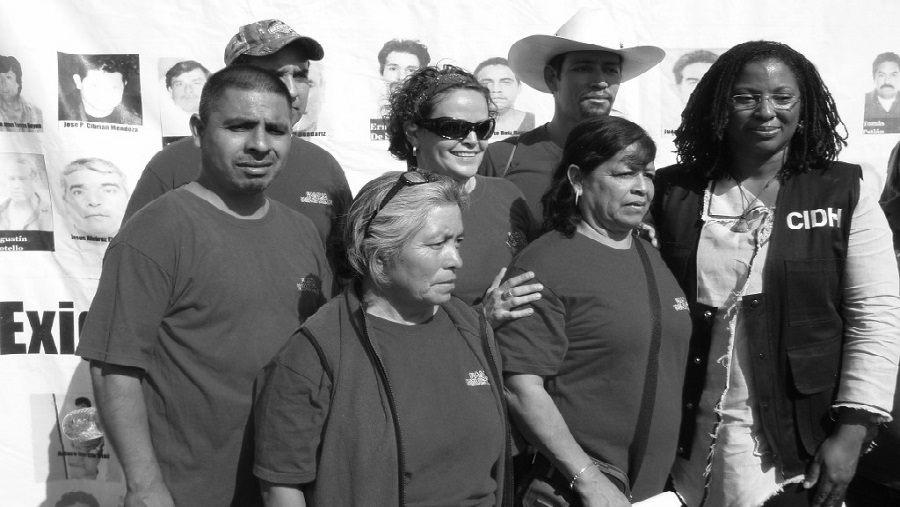 Cristina Auerbach is a member of the organization “Familia Pasta de Conchos” and has been involved in human rights defense work in the coal producing region of Coahuila, Mexico. Since then she’s been subjected to physical aggression, threats, defamation and harassment by the authorities, mining companies and unknown individuals. She has been beaten, slandered, suffered assassination attempts, and her house was ransacked. She has precautionary measures granted by the state and federal governments.

February 19, 2016 marks the 10th anniversary of the mine explosion tragedy, which occurred at approximately 2 a.m. in Mina 8, Unidad Pasta de Conchos, in San Juan de Sabinas, Coahuila. Following the explosion, 65 miners were trapped in the coal mine, 63 of whom remain there to this day, making it impossible for their family to give them a proper burial. We will be commemorating one of the greatest mining accidents in Mexican history.

To this end, Cristina Auberbach, in collaboration with the organization Familia Pasta de Conchos, will be taking action to continue calling for the recovery of their remains and for improved working, social, and environmental conditions in the coal mining region of Coahuila.